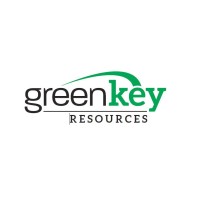 Not the Robert Kahn you were
looking for?

Based on our findings, Robert Kahn is ...

Based on our findings, Robert Kahn is ...

What company does Robert Kahn work for?

What is Robert Kahn's role at Green Key Resources?

What is Robert Kahn's Phone Number?

What industry does Robert Kahn work in?

At Merrill Lynch, Robert Kahn was a Product Controller-Global Equity Linked Products from January 1996 to January 1998. He was then a Senior Auditor at CBIZ MHM, LLC from January 1993 to January 1995. In his previous roles, he has experience in the field of staffing and recruiting. He has worked in various industries and has a degree in Management from New York University.

There's 96% chance that Robert Kahn is seeking for new opportunities

Creative and Branding Consultant at Gallo Atelier. Co-founder of Gallo Ward. at The Brooklyn Home Company

VP, Brand and Content Marketing at Hulu at Netflix

IBM is hiring! at IBM