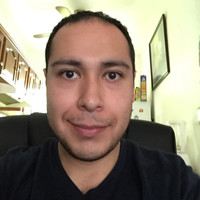 Not the Rob Cataneo you were
looking for?

Based on our findings, Rob Cataneo is ...

Based on our findings, Rob Cataneo is ...

What company does Rob Cataneo work for?

What is Rob Cataneo's role at Mobile Banking?

What is Rob Cataneo's Phone Number?

What industry does Rob Cataneo work in?

Rob Cataneo has 5 years of experience as a software engineer, including 3 years spent as a senior software engineer at Chime - Mobile Banking ( SF Bay Area). Cataneo has a background in web development, with experience in both Ruby on Rails and AngularJS. Cataneo has also been working with a team for the past two years as a web developer at Crowd Interactive, where he was responsible for developing user interfaces for several projects, including CreativeAllies, ClearGears, and over a year working onsite in San Francisco for Modcloth.

Rob Cataneo earned his Computer Systems Engineer degree from the Instituto Tecnológico de Colima in 2006. He then completed his studies in Software Development with a degree in iOS Developer at the same institution in 2009. Cataneo has worked as a software developer in the mobile industry for 4 years.Cataneo has experience working with a variety of web and mobile applications. His past projects have involved developing iOS and Android applications. He is currently focused on developing a mobile app forflight reservations using Voice over Cellular technology.

There's 86% chance that Rob Cataneo is seeking for new opportunities

at IBM at IBM

HR Manager at Yandex at Yandex

HR Director at Appodeal at Wargaming.net

Principal at Bain and Company at Bain & Company

VP of Marketing at Entrata

java developer at SOFTIP at SOFTIP

Event Producer and Live Music Professional at ONE Musicfest