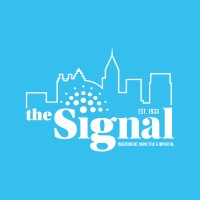 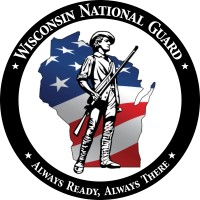 Not the Rob Bignell you were
looking for?

Based on our findings, Rob Bignell is ...

Based on our findings, Rob Bignell is ...

What company does Rob Bignell work for?

What is Rob Bignell's role at Inventing Reality Editing Service?

What is Rob Bignell's Phone Number?

What industry does Rob Bignell work in?

presents his book, "Creativity at Work" at a meeting at the SBVA show in Las Vegas, Nevada on October 14, 2007.Bignell is the founder and CEO of Inventing Reality Editing Service, which publishing him’s first book, “Creativity at Work.” Inventing Reality was started in fall of 2007 as a reaction to theapers tantrums at Barnes & Noble, which frequently refused to carry his novel, “Creativity at Work”. Bignell is an experienced journalist, author, and teacher with over a decade of experience in the publishing industry. After a year of frustration, he met a man, Craig Newmark, founder of Craigslist, who introduced him to the idea of creating a publishing company. Bignell and his team of editors and agents met with Barnes & Noble to discuss the idea of publishing his novel, and they were enthusiasm. They were able to greenlight the novel, and Creative Time Publishing was born.

Rob Bignell's most recent profession is as a News Editor at Eureka Times-Standard from October 2007 to January 2008. At the paper, he was in charge of the editorial page, which is responsible for writing and Editing Guidebooks for the paper. Additionally, he was also a Managing Editor from October 2006 to August 2007 and News Editor from February 2008 to November 2008. He co-owned company with his wife Juli Bowker until September 2000. prior to that, he worked as a Journalism/English teacher at Merrill Area Public Schools. In early 2008, he was going through a acquisition process, so he left his post at Merrill Area Public Schools and moved to Prescott Journal. He started working for the journal in March 1999.

There's 72% chance that Rob Bignell is seeking for new opportunities

Managing Member at AVIMAN Management, LLC at The Union League of Philadelphia

Vice President and Head, US and Global Cardiorenal & Metabolism Franchises at Novartis

CEO at Pitchboy at EDTech France