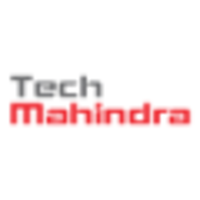 Not the Ritvik Mathur you were
looking for?

Based on our findings, Ritvik Mathur is ...

Based on our findings, Ritvik Mathur is ...

What company does Ritvik Mathur work for?

What is Ritvik Mathur's role at Bloomberg LP?

What is Ritvik Mathur's Phone Number?

What industry does Ritvik Mathur work in?

Ritvik Mathur's education:Ritvik Mathur has a B.Tech in Computer Science and Engineering from the Indian Institute of Technology, Bombay (India).

Ritvik Mathur has a degree from Electronics & Telecommunications from Pandit Ravishankar Shukla University. Ritvik was educated at Rutgers, The State University of New Jersey-New Brunswick, where he obtained his MS in Electrical & Computer Engineering in 2009. Ritvik has also completed a Bachelor of Engineering, Electronics & Telecommunications from Pandit Ravishankar Shukla University in 2002. Ritvik has worked with several employer organisations in his previous roles, including Pricewaterhouse Coopers LLP, SAP AG and Asros Computers AS.

Ritvik is a senior software engineer at Bloomberg LP, where he has been a Software Engineer for 3 years and 2 months. He also has experience inases Software Engineer at ThomsonReuters from July 2014 to August 2017 (3 years 2 months), as a Java Developer, Associate at Deutsche Bank from September 2011 to July 2014 (2 years 11 months) as an Application Developer, and an Application Developer - Global Prime Finance. Additionally, he has experience in Solutions Engineer at Tech Mahindra from February 2007 to July 2009 (2 years 6 months), and in Systems Engineer at Mahindra Satyam from February 2007 to July 2009 (2 years 6 months).

There's 92% chance that Ritvik Mathur is seeking for new opportunities

IT Manager at Korn Ferry

Software Developer at Bleep at Bleep.com

Director of Site Reliability Engineering and Architecture at IDBS at IDBS

Software Engineer at Sky at Sky