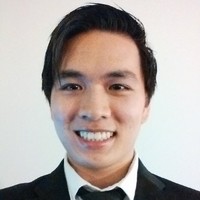 The Bronx High School of Science

Not the Rithy Huot you were
looking for?

Based on our findings, Rithy Huot is ...

Strong sense of self
Self-reliant
Logical

Based on our findings, Rithy Huot is ...

What company does Rithy Huot work for?

What is Rithy Huot's role at dv01?

What is Rithy Huot's Phone Number?

What industry does Rithy Huot work in?

Rithy Huot’s education is in Computer Software Engineering with a focus on developing and improving software innovations. Huot has past experience with working with databases, artificial intelligence, and content management systems. Huot is athletically fit and has experience playing both softball and basketball. Huot has an excellent work readiness based on her past education and work experience. Huot is currently working as a software engineer at App Academy. Huot is very excited about her future and is looking forward to developing new software innovations with App Academy.

Rithy Huot has experience in several different fields and technologies. As a Senior Software Engineer at dv01Rithy Huot is currently a Senior Software Engineer at dv01. Some of Huot's technologies used include Javascript, React, Scala, Play framework, Docker, K8s, Jenkins, Azure, GCP, MSQL Servers, Git. Huot also worked on the backend services and frontend services at AdhereTech from July 2017 to August 2018. Huot also worked on the migration and development of ticketing service from Ruby on Rails to gRPC and led the first containerized React application project for internal customer management service. In addition, Huot was responsible for the re-architecting and deployment of marketing website to reduced load time and managed the designs and implementations of core backend microservices. Huot also contributed to the designs and implementation of client and internal facing frontend services at the organizational level as a key engineer. In addition, Huot was responsible for the effort in documentation and testing for AdhereTech's smart pill bottle and its surrounding software ecosystems resulting in 40% to 65% more automated test Coverage. As a Vendor Management Analyst at VMO at Division of Information Technology at Stony Brook University from May 2013 to May 2015, Huot helped 97+ vendors and 150+ software/hardware maintenance contracts ($7.56 million). Additionally, Huot researched, analyzed, and evaluated new vendors, 25+ in total as of March 2015. Huot also created and managed the DoIT Vendor Management Office internal contact, contract, and inventory databases. Additionally, Huot analyzed and interpreted financial data. Undergraduate teaching assistant at Division of Information Technology, Stony Brook University from August 2014 to December 2014 (5 months) and help 100+ students debug and manage their codes more efficiently for projects, classwork and homework. Finally, Huot was a Systems Engineer at Broadridge Financial Solutions from June 2015 to October 2016 (1 year 5 months) and designed and developed Cloud integration processes based on AWS reference architecture for Hybrid cloud. Additionally, Huot contributed to an estimated 20% of the development and maintenance of the virtual machines and infrastructure forecast with a global team of 25 people. Finally, Huot supervised incidents for 5+ major and 15+ minor production outages with 100% resolution.

There's 90% chance that Rithy Huot is seeking for new opportunities

Head of Product Design at Stripe at Stripe

Vice President of Engineering at Attainia - come join us!

Analyst at Third Bridge at Independent

Software Developer at Square at Square