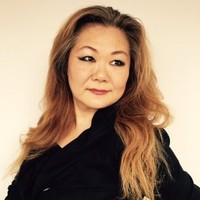 Not the Rika Muranaka you were
looking for?

Based on our findings, Rika Muranaka is ...

Based on our findings, Rika Muranaka is ...

What company does Rika Muranaka work for?

What is Rika Muranaka's role at VR Innovator Inc.?

What is Rika Muranaka's Phone Number?

What industry does Rika Muranaka work in?

throughout her company's years, Rika Muranaka has been responsible for many moving and adapting the company's products to the latest financial and technological advancements. Rika has experience in all aspects of the video game industry and is particularly knowledgeable in the development of first-person shooters and virtual reality games. She is an experienced businesswoman who has been able to unite her team and create successful products. Furthermore, Rika Muranaka has a deep understanding of the music industry and has been successfully marketing and engaging with new and popular music artists throughout her tenure at Un Jazz Music, Inc. She has been able to keep the company afloat during tough times and has been a strong one-sheet support for her artists. Rika also tirelessly helps put together creative lives for her artists, which has helped them maintain their careers even in the harshest of times.

There's 76% chance that Rika Muranaka is seeking for new opportunities

CEO at FABRK at Jetpac

Head of People, Talent and HR at Passle at Passle

Head of Communications - LATAM at Alcon at Alcon