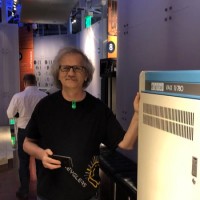 There's 90% chance that Richie Bielak is seeking for new opportunities

Not the Richie Bielak you were
looking for?

Based on our findings, Richie Bielak is ...

Based on our findings, Richie Bielak is ...

What company does Richie Bielak work for?

What is Richie Bielak's Phone Number?

What industry does Richie Bielak work in?

For the software engineer position at Google, Richie Bielak primarily worked on new code base, developing algorithms, standards and infrastructure. From 2001-2003 he was a Technical Lead at Omgeo LLC, which was a software company that build a web based post-trade processing/clearance system. Also during this time, he was a member of a team that built a system to manage all kinds of financial products. This software was written in Eiffel. From 2008-2012 he was a Senior Software Engineer atBloomberg. From January 2008 to August 2012, he was a programmer in the Portfolio Analytics group. Bloomberg does not have formal titles. We mostly work in C++ in Unix environment. In addition we do quite a bit in Python and Javascript. From 2000-2001, Richie Bielak was lead architect at Tradinglinx Inc, which was a startup that build a web based post-trade processing/clearance system. Lastly, from September 1994 to May 2000, he was a Senior Software Engineer atCal FP, which specialized in financial engineering. At Banks of New York, he was a senior vice president from May 1980 to September 1994.

Richie Bielak has an MS in Mathematics from New York University and a BS in Mathematics/Computer Science from City University of New York-Brooklyn College. Richie has been working in the computer programming field for over 25 years. He is currently a technical consultant in the software industry. Richie has a strong background in problem solving andacusics, having studied the subject at CITY UNIVERSITY OF NEW YORK-BROOKLYN COLLEGE.

TechnicalRichie Bielak is a Highly skilled developer with experience in software engineering, system administration, and financial engineering. He has been with Google for 6 years and has worked on a wide range of technical projects.Richie is not alone when it comes to his technical skills. He is skilled in C++, Python, and Javascript. He is also able to work with Unix and Python on projects. He is highly skilled in data analysis and is also known for his excellent communication and problem solving skills.

Founder and Executive Chair Doteveryone.org.uk at House of Lords

Partner, M13 Ventures and former CEO/founder of NatureBox at M13

Head of Recruiting @ Spreetail ?= ? at Spreetail

Head of Product at Busuu

Senior Software Engineer at TWPI Inc. at The We Project Inc. (TWPI-Inc.)

Fashion eCommerce and Marketing at RAILS

Integrations Engineer at Demandforce at Infosys

Strategy and Operations Manager - Growth Marketing at Google at Google

Helping companies transform in the digital age and do amazing things. at Couchbase

Salesforce Administrator at Uber at Uber

Director of Product Management at Smash.gg