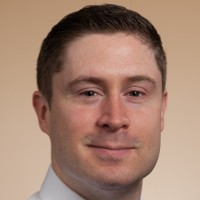 Not the Richard Denoncourt you were
looking for?

Based on our findings, Richard Denoncourt is ...

Based on our findings, Richard Denoncourt is ...

What company does Richard Denoncourt work for?

Richard Denoncourt works for Robert Half

What is Richard Denoncourt's role at Robert Half?

What is Richard Denoncourt's Phone Number?

What industry does Richard Denoncourt work in?

Denoncourt has over 10 years of experience in the staffing and recruiting field, having worked with a variety of companies including . Internal Corporate Recruiter at from June 2017 to April 2020 in New York, New York, United States. Sales Recruiter (Full Desk) at from October 2016 to June 2017 in Bedford, New Hampshire, United States. Technology Recruiter (Full Desk) at from November 2012 to October 2016 in Manchester, NH. English Second Language Teacher at from September 2022 to September 2022 in Cartagena, Colombia. Workflow Manager at from September 2022 to September 2022 in New York, NY.Denoncourt has a degree in Business Administration and has spent the majority of his career working within the staffing and recruiting industry. He has an extremely strong technical background, which he has used to great effect in his previous positions. Denoncourt is extremely personable, which has been his strong suit in previous positions. He is very resistant to stress and is always willing to help out his fellow colleagues. He is also a great team player, and is always willing to contribute to lifts and team projects.

There's 91% chance that Richard Denoncourt is seeking for new opportunities

Marketing, PR & IR for tech startups and VCs at Impulse4Women

Spécialiste Recrutement - CGI at In Fidem