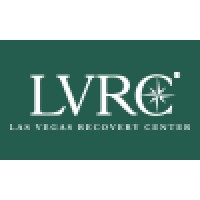 Regional Director Of Sales And Marketing

Not the Reade Hulburd you were
looking for?

Based on our findings, Reade Hulburd is ...

Based on our findings, Reade Hulburd is ...

What company does Reade Hulburd work for?

What is Reade Hulburd's role at Trigger Zones LLC.?

What is Reade Hulburd's Phone Number?

What industry does Reade Hulburd work in?

Reade Hulburd’s Work experience arrow points to skills that she has acquired during her previous roles that she is currently developing as a Founder at Trigger Zones and Director of Operations at Freedom House Sober Living.First, she is an experienced clinician outreach representative at a recovered community in Las Vegas. Additionally, she has been with Quality Services USA since July 2011 as the Director of Sales for MidWest & Southeast. Additionally, Reade Hulburd has been with DATATRAK International, Inc. since January 2006 as the Director of Sales for North America. Lastly, Reade Hulburd has been withiris., INC. since November 1998 as the Global Account Executive – Pharmaceutical Division. From here, she moved on to take on the role of Regional Manager – Northeast Territory at VOICENET Services, Inc. in January 1993. Finally, she also held the position of Regional Director of Sales and Marketing at FacStore in July 1986.Reade Hulburd is also experienced in the field of training. She has been with Trigger Zones since she was unemployed in 2002. Additionally, she has been a Life Sciences Industry Manager - North America with HYLAND SOFTWARE since April 2002. Lastly, she is an account executive at CB TECHNOLOGIES from July 2000 to March 2002. Lastly, she is an account executive with IRIS., INC. from November 1998 to July 2000. Lastly, Reade Hulburd is also an owner and CEO at Wang Laboratory from September 1989 to December 1992.

Reade Hulburd has 5 years of customer service experience, including experience as a Clinical OUTreach Representative at LVRC - Official Page from July 2015 to May 2019, Director of Operations at Freedom House Sober Living from July 2011 to July 2015, CEO & Founder at RiNNOVi, LLC. from September 2007 to May 2011, Director of Sales - MidWest & Southeast at DATATRAK International, Inc. from January 2006 to September 2007, Life Sciences Industry Manager - North America at HYLAND SOFTWARE from April 2002 to December 2004, Senior Account Executive - Midwest/West Coast at CB TECHNOLOGIES, Inc. from July 2000 to March 2002, Global Account Executive – North America/Europe/Asia at IRIS., INC from November 1998 to July 2000, Regional Manager - Northeast Territory at VOICENET SERVICES, INC from January 1993 to July 1995, Public Sector Manager at Wang Laboratory from September 1989 to December 1992.

There's 77% chance that Reade Hulburd is seeking for new opportunities

Director of Sales at Hampton Inn by Hilton Beaumont Texas

Scaling innovative emerging technology Startups across the USA at Beyla

Expert in IT hiring & Product based roles at Amtex Systems Inc.

Providing our Nation’s Warriors with the Benefits and Services they earned at U.S. Department of Veterans Affairs