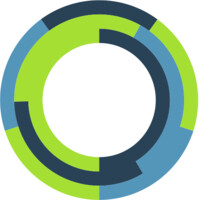 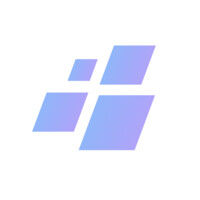 Not the Ranti Sharma you were
looking for?

Based on our findings, Ranti Sharma is ...

Based on our findings, Ranti Sharma is ...

What company does Ranti Sharma work for?

What is Ranti Sharma's role at Microsoft?

What is Ranti Sharma's Phone Number?

What industry does Ranti Sharma work in?

, Ranti Dev Sharma has worked in the following areas:Computer Vision/ Deep Learning Engineer at Apple• Computer Vision/ Deep Learning Engineer at Orbital Insight from February 2018 to December 2019 (1 year 11 months) in Palo Alto•Deep learning for Satellite Imagery•Software Development Engineer at Microsoft from July 2014 to August 2016 (2 years 2 months).Ranti Dev Sharma has a B.Tech. degree from UnionTec University, India in computer vision and a Diploma in computer aided engineering from the Indian Institute of Technology, Madras.

Ranti Dev Sharma's Professional experiences:Computer Vision/Deep Learning Engineer at Apple, CupertinoComputer Vision/ Deep Learning Engineer at Orbital Insight, Palo AltoSoftware Development Engineer at Microsoft, July 2014 to August 2016 (2 years 2 months)Intern at Inforill Technologies Pvt Ltd., May 2012 to July 2012 (3 months)Quantum (Web Based Passenger Movement Simulator using Type safe Stack), Quiz Turbine, deep learning for Satellite Imagery.Personal experiences:Born and raised in Mumbai, India. After a patriotic training in Engineering, I graduated in 2013 from the Indian Institute of Technology, Mumbai with a first class in Computer Applications. I have been working as a software engineer for almost 2 years and have been involved in several projects in Calcutta (India) and Cupertino, California. I speak English, Hindi and Telugu. I am married and have two children.

There's 100% chance that Ranti Sharma is seeking for new opportunities

SVP Marketing, Innovation and R&D at Kraft Foods Group at The Kraft Heinz

Director of Procurement at Designer Brands at The Ohio State University

I checked your profile because I found you interesting and honestly believe Snaplytics can add value to your business. at Snaplytics

CEO & Founder at Podimo at Podimo

Project Manager with strong analytical skills at Per Aarsleff A/S