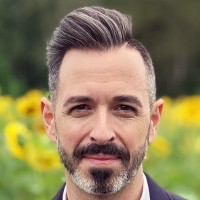 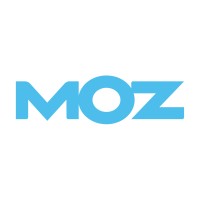 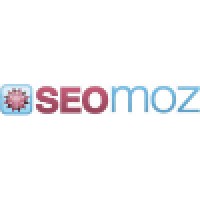 Not the Rand Fishkin you were
looking for?

Based on our findings, Rand Fishkin is ...

Based on our findings, Rand Fishkin is ...

What company does Rand Fishkin work for?

What is Rand Fishkin's role at SparkToro?

What is Rand Fishkin's Phone Number?

What industry does Rand Fishkin work in?

Rand Fishkin: I founded SparkToro in order to create a new way for marketers, PR folks, entrepreneurs, and product builders to get audience intelligence without the need for expensive, time-consuming, inaccurate surveys. I currently am CEO and founder at SparkToro in Greater Seattle Area. I started SEOmoz as a blog that turned into a consulting company, then a software business. In 2007, I raised funding and formally became CEO, holding that role until 2014, when I stepped down and promoted my COO to the role. I remain at the business as an individual contributor until Feb. 2018. I remain the chair of Moz's board of directors, a large shareholder, and supporter of the company. Cofounder at Inbound.org from November 2011 to January 2014 (2 years 3 months). Dharmesh Shah and I co-founded Inbound.org in 2011 as a place for marketers to share their knowledge, discussions, and content of value. I sold my share to Hubspot (for no profit) in 2014, but continue to help the site and the community as an informal contributor. Founder at SEOmoz from November 2003 to May 2013 (9 years 7 months) in Greater Seattle Area. I'm responsible for the vision, executive team leadership and global evangelism of SEOmoz's software platform. Founder/Wizard of Moz at Moz from February 2014 to February 2018 (4 years 1 month) in Greater Seattle Area. After handing off the CEO reigns to my longtime COO, Sarah Bird, I served as an individual contributor at Moz focused on marketing & product, both internally at the company and externally to our customers and community. Consultant at Outlines NorthWest from April 1999 to March 2004 (5 years) in Greater Seattle Area. I managed the web design, development & marketing for all of Outlines' clients, including several overseas accounts in sectors such as communications, telecom, healthcare, software and financial services.

Rand Fishkin's Educational Background: Rand Fishkin was educated at Newport High School, where he studied economics. He then attended University of Washington, where he earned a B.S. in finance in 2001.

In my work experiences, I have a strong background in technical and interpersonal skills. I have been a manager for a technical team and have had the opportunity to work with a wide range of technicians and co-workers. I also have experience as an individual contributor, both as an owner and chair of a board. I am able to see the big picture and am able to lead teams and navigate difficult waters. I am able to solve problems quickly and are able to orient and motivate my team.

There's 78% chance that Rand Fishkin is seeking for new opportunities

Head of Business @ Spatial at Samsung Next

CEO at Alliance for Better Health at Healthy Alliance

Author of The Third Door at Alsop Louie Partners

Film Producer at Another Chapter Productions at Lynda.com

Co-Founder and Managing Partner at Adagia Partners at AIQ