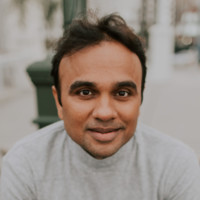 There's 73% chance that Rammohan Malasani is seeking for new opportunities

Not the Rammohan Malasani you were
looking for?

Based on our findings, Rammohan Malasani is ...

Based on our findings, Rammohan Malasani is ...

What company does Rammohan Malasani work for?

What is Rammohan Malasani's role at Securifi?

What is Rammohan Malasani's Phone Number?

What industry does Rammohan Malasani work in?

Rammohan Malasani has a B.Tech from Indian Institute of Technology, Madras, and a MSEE from UC San Diego. He has worked in electrical engineering and management at Japanese electronics company Seiko and at two semiconductor companies. He is currently a Director with a private company.

VIRGIN HAIR WHOLESALER at HAIR & BEYOND

I build products at RFSpot, Inc.

CEO/Founder at Spoyl | Hiring across multiple roles, Ping me. at Spoyl

President and Chief Bottle Washer at CauseMarketing.com at Kivvit

Head of Marketing at Duco at Duco