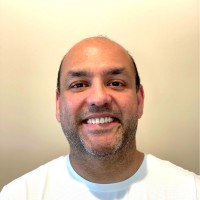 Not the Rajat Arya you were
looking for?

Based on our findings, Rajat Arya is ...

Based on our findings, Rajat Arya is ...

Still with the Turi team focused on building the best machine learning platform at Apple. Back in engineering, updating my .vimrc as you read this.

What company does Rajat Arya work for?

What is Rajat Arya's role at Apple?

What is Rajat Arya's Phone Number?

What industry does Rajat Arya work in?

Work experiences from Rajat Arya's past three years of experience as a software developer.Sr. Software Engineer at Turi (formerly Dato) from May 2013 to October 2014 (1 year 6 months) in Seattle, WA. As the first employee I did a bit of everything in the early days of GraphLab, but mostly focused on building production tools for GraphLab Create (AWS support, Data Pipelines, Predictive Services).Software Development Engineer at Amazon Web Services from April 2010 to May 2013 (3 years 2 months) in Seattle, WA. In the newly formed Database Services group, worked on two key services:Amazon ElastiCache: - Designed and implemented Amazon ElastiCache with Auto Discovery- Designed data plane for new large-scale system in Database Services (not yet released)Amazon RDS: - Shipped Multi-AZ Deployments- designed and implemented several Operational Features- designed, implemented, and shipped Backup and Point-In-Time Restore features for RDSOracle. Senior Applications Systems Engineer at University of Washington from December 2008 to April 2010 (1 year 5 months) in Greater Seattle Area. Designed and implemented a 3-tier web application designed to replace the legacy faculty effort Certification system. The system was built using .NET with storage in SQL Server. The architecture was implemented by a team and completed ahead of schedule.Developer Support Engineer at Microsoft from September 2002 to May 2004 (1 year 9 months) in Greater Seattle Area. Supported developers at 3rd party printer manufacturers in their printer driver development efforts.Wrote knowledge base articles and sample printer drivers for the Windows XP DDK. In addition, I have experience with developing and administeringoperational features for relational and machine-learning databases.

There's 97% chance that Rajat Arya is seeking for new opportunities

Head of Resourcing at Huntswood

Product Manager at IDBS at IDBS

Recruiting Engineering Professionals in the Civil, Utilities and Rail industries

Principal Consultant at Aon at Aon