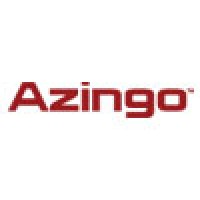 Not the Pushkar Joshi you were
looking for?

Based on our findings, Pushkar Joshi is ...

Based on our findings, Pushkar Joshi is ...

What company does Pushkar Joshi work for?

What is Pushkar Joshi's role at Qualcomm?

What is Pushkar Joshi's Phone Number?

What industry does Pushkar Joshi work in?

Previously, Pushkar worked as a Software Engineer (Security) at Apple in Cupertino. In this role, she was responsible for developing and maintaining the security of apps and content sharing services for the iPhone, Apple TV, and iPad. She also worked on a Windows Phone project. She has also taught courses in Computer Science and Computer Engineering at the Carnegie Mellon University campus in the Pittsburgh area.Pushkar Joshi has a B.S. in Computer Science from Carnegie Mellon University.

Pushkar Joshi's educational background and work readiness are based on her years of experiences and education. Pushkar Joshi studies Information Networking and Computer Engineering from Muktangan English School and Carnegie Mellon University. She has also studied at Pune Institute of Computer Technology, where she earned her Bachelor's degree in 2006. In her previous educational experiences, Pushkar Joshi has shown an aptitude for problem-solving and cooperative work. In addition, she has a logged years of experience in the computer industry and has proved her Professionalism and ability to work independently through her past work experience.

Pushkar Joshi is a Senior Software Engineer (Security) at Apple in Cupertino, where she has worked on a range of apps and video DRM security projects. She also worked at Qualcomm in San Diego from 2011-2011 and was the intern at Azingo Inc. in September 2009-March 2010. Joshi has also worked on the Linux Kernel for Qualcomm from July 2012-November 2015, and is responsible for the clocks and PIL support for all other premium and mid-tier Snapdragon chips. She graduated from Carnegie Mellon University in August 2010.

There's 100% chance that Pushkar Joshi is seeking for new opportunities

SEEKING A NEW OPPORTUNITY at .

IT Infrastructure Operations at Cloudera

Engineer in Residence at Pear Ventures at Solvvy

Software Engineer at SpaceX at SpaceX

Student at The George Washington University at Morgan Stanley

You can customize this invitation at Immersive Labs

Founder, CEO at Hero at Hero