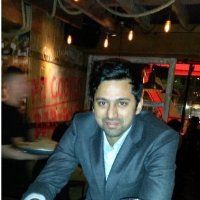 Master’s Degree, Machine Learning (Year in Industry), Pass with Distinction @ Royal Holloway, U. of London From 2013 to 2015 Pre- masters, Mathematics, Pass with Merit @ University of Leicester From 2012 to 2013 Graduate Diploma in Economics (Equivalent to the bachelor's degree in economics), mathematical economics @ University of London From 2011 to 2012 B.com(honors), commerce, 6.15(CGPA) @ St. Xavier's College From 2006 to 2009 Indian Certificate of Secondary Education @ Rishi valley school From 1998 to 2006 Indian School Certificate, Arts @ Rishi valley school From 1998 to 2003 Coursera

Looking for a different Prasen Reddy?