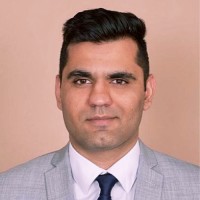 Not the Pradeep Kundu you were
looking for?

Based on our findings, Pradeep Kundu is ...

Based on our findings, Pradeep Kundu is ...

What company does Pradeep Kundu work for?

What is Pradeep Kundu's role at eBay?

What is Pradeep Kundu's Phone Number?

What industry does Pradeep Kundu work in?

Pradeep Kundu skills:Pradeep Kundu is a highly experienced software engineer. He has worked in many different areas ranging from DevOps engineering to customer service. Kundu has a great deal of experience in both the development and support of software. Kundu is highly reliable and is always able to take initiative in future projects. Kundu is also a great communicator who is able to see the big picture.

Pradeep Kundu's current educational background and work readiness is based on his past education. Pradeep Kundu, who is currently a POSTGRADE MECHANICAL ENGINEER at the Indian School of Technology in Madras, Tamil Nadu, completed his MS from San Jose State University in 2010 and BS from Kurukshetra University in 2005. He has also played an important role in teaching himself computer engineering and has already started working as an engineer at a company in Madras.

There's 91% chance that Pradeep Kundu is seeking for new opportunities

Principal Engineer / Interim Director of Engineering at SigFig at SigFig

Executive Leader and Advisor at May Technology Group