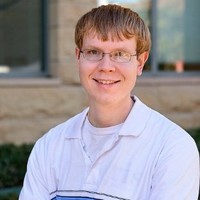 Not the Peter Lofgren you were
looking for?

Based on our findings, Peter Lofgren is ...

Based on our findings, Peter Lofgren is ...

What company does Peter Lofgren work for?

What is Peter Lofgren's role at Stripe?

What is Peter Lofgren's Phone Number?

What industry does Peter Lofgren work in?

Peter Lofgren's educational background and work readiness comes from his undergraduate and graduate work in computer science and math. In his undergraduate degree from the University ofMinnesota Twin Cities, Peter studied computer science, which he completed in 2007. In his graduate degree from Stanford University in 2013, he completed a Master of Science inComputer Science. In his previous work,Peter has focused on the intersection of computer science and data science. His recent projects have involved working on developing a machine learning or artificial intelligence program that can crack soccer matches, and working on developing a security-theft detection system for smart home devices.Overall, Peter Lofgren is an accomplished computer science professor and an experienced computer security expert. Lofgren's background and skills in computer science and data science have equipped him with the ability to teach and work on advanced computer security projects. His background and skills in teaching and working with students also help him be an excellent teacher andgerritor. Lofgren is also very prepared to work in a number of different roles in the tech industry and has plans to work as a software engineer, technical consultant, and product manager.

Ranked #893 out of 17,860 for Machine Learning Engineer (Tech Lead) in California

There's 85% chance that Peter Lofgren is seeking for new opportunities

CTO, Co-Founder at Divido at Divido

SVP of People at Kyruus at Kyruus

Data Engineer at Slack at Slack

CEO at GSoft, ShareGate and Officevibe at GSoft

Software Engineer at Google at Airbnb