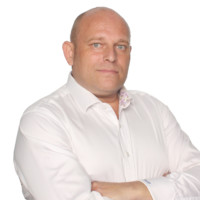 Not the Peter Henke you were
looking for?

What company does Peter Henke work for?

What is Peter Henke's role at East West Consulting?

What is Peter Henke's Phone Number?

What industry does Peter Henke work in?

He was based in the United Kingdom until 2006, when he moved to the United States to be a business consultant. He was with East West Consulting from 2006-02-01 to 2008-08-01.Henke has degrees in Business Administration from the University of Hamburg and in Financial Engineering from the Ludwig-Maximilians-Universität München.

There's 87% chance that Peter Henke is seeking for new opportunities

Member of the Board at Tucows at Tucows

Founder and CEO at Alloy Card at Saferize

CEO Ranked Top 1% of all Recruiters on LinkedIn; DISRUPTOR in RECRUITING; I believe JOB SEEKERS HAVE MORE POWER THAN HR; 917-540-8867 at Intuition Co-op

CEO & Hotel Owner • Press CONNECT to Get Daily Tips, Strategies & Inspiration • I’ll Teach You How to Grow Your Career at SmartGuests.com

Executive, Activist and Entrepreneur at JetBlue

Chairman and CEO at Total at TotalEnergies