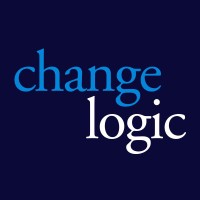 Not the Peter Craig Cox you were
looking for?

What company does Peter Craig Cox work for?

What is Peter Craig Cox's role at Finteq?

What industry does Peter Craig Cox work in?

Peter Craig Cox has a Post-Graduate Diploma in Business Administration and Management from Get Qualified Australia Institute. He gained it in January 2014. As well as this, he also has a CertificationLeading Safe (Agile) Scaled Agile Framework from the Faculty Training Institute from January 2016 to January 2016.

Peter Craig CoxPeter Craig Cox is a Sales and Staff Development Manager at iConnect Telecoms from November 2016 to November 2017, where he developed and led sales teams for the company's product, services and solutions. He has also worked in customer service, sales, and project management for companies such as Planet Fitness South Africa, Finteq, and Princeton Comercial Services. Craig Cox has a BA from the University of Cambridge in Political Science and Economics.

Showcasing awesome spaces to forward-thinking teams to work, collaborate and socialise from. at Reef - The Third Workspace

Director of Information Technology at BICSI