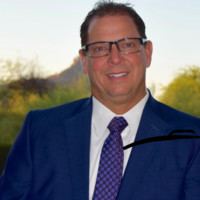 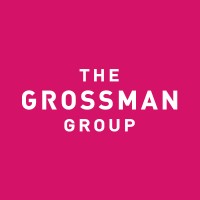 Not the Patrick Terhaar you were
looking for?

Based on our findings, Patrick Terhaar is ...

Based on our findings, Patrick Terhaar is ...

What company does Patrick Terhaar work for?

What is Patrick Terhaar's role at AutoNation Honda Chandler?

What is Patrick Terhaar's Phone Number?

What industry does Patrick Terhaar work in?

Patrick Terhaar has a background in sales and finance. He has been with AutoNation since 2009 and has been with the company’s Lexus division since 2012. Prior to this, Patrick was a part of the VAN TUYL AUTO GROUP team at Scottsdale, AZ. There, he managed145 people. Patrick also has experience in the parts and service industry, most notably being with The Grossman group. He arrived at AutoNation in 2013 from California. In his role as President Award Winner for AutoNation Honda Chandler, Patrick was responsible for developing a winning team and increasing profitability at the dealership. He most recently served as Lexus of Cerritos General Manager for AutoNation from May 2012 to April 2013.

Patrick Terhaar's educational experience totals 35 years,ocusing all but seven of those years in an educational institution other than a high school or college. Terhaar's earliest professional experience, beyond study and work itself, was as a Youth Pastor in the Dutch city of Rotterdam from 1983-1985. his subsequent years of professional experience were spent, first as a teacher and then as a college professor before his appointment as an Assistant Professor at the University of Utah in 1996. Prior to arriving at the University of Utah, Terhaar taught at the local college in Rotterdam for two decades. In that time, Terhaar has written and published extensively on a variety of religious and philosophical matters, issuing hundreds of articles both in print and electronic form.Patrick Terhaar currently resides in the Twin Cities of Minneapolis and St. Paul, Minnesota. From his home, he is available for private lectures, privateteaching, and writing on theological and philosophical matters.

There's 85% chance that Patrick Terhaar is seeking for new opportunities

Author of Career Rehab: Rebuild Your Personal Brand and Rethink the Way You Work at AMERICAN SYSTEMS

CEO & Founder at Odoo at Odoo

Global Head of Talent Acquisition @ Bitmovin - We are hiring! at Immense

Managing Director at Mix 96 at Mix 96

Manager with Oxford Hotels and Resorts at The Godfrey Hotel Chicago