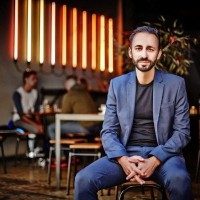 Director / Member of the board Not the Patrick Schmidt you were
looking for?

Based on our findings, Patrick Schmidt is ...

Based on our findings, Patrick Schmidt is ...

What company does Patrick Schmidt work for?

Patrick Schmidt works for THE ICONIC

What is Patrick Schmidt's role at THE ICONIC?

What is Patrick Schmidt's Phone Number?

What industry does Patrick Schmidt work in?

Patrick Schmidt entered the industry as a Account Manager at Springer & Jacobsy Hamburg from January 1999 to January 2000. He then went on to co-found and CEO at Groupon Oceania from January 2011 to March 2012. Patrick Schmidt has experience in project leadership, chief executive officer (CEO), corporate development, and account management.

Patrick Schmidt has a bachelors degree in business administration from Purdue University. He went on to study at Hochschule Reutlingen in Switzerland, where he earned his masters degree in marketing. Patrick's previous education has allowed him to manage a business and develop his leadership and communication skills. Patrick is extremely prepared for a career in business and has an excellent eye for detail and an ability to think outside the box.

Patrick Schmidt has Business experience in the Retail industry. He most recently served as the Co-CEO at Global Fashion Group, which is a social enterprise engaged in creating and engaging with sustainable, high-quality fashion. He also has a background in Project Leadership, as he was the Project Leader at The Boston Consulting Group from October 2005 to January 2011. Schmidt also held the International Vice President of Groupon Latin America at Groupon from January 2012 to December 2013. Groupon is best known for amulti-billion dollar acquisition of the internet Candy store purchase group,ocolate.com. Patrick Schmidt also has experience in the Online Retail industry, where he was the CEO of THE ICONIC from October 2013 to February 2019. With his tenure at THE ICONIC, Schmidt saw the company grow from a start-up to a $500 million business in just 3 years. Schmidt is also a well-renowned educator and has given countless workshops and talks on various subjects, which have helped to advance his knowledge and skills in the Retail and Online Retail industries. Patrick Schmidt additionally has Professional experience with Account Management. Schmidt began his career at Springer & Jacoby Hamburg as a Co-Founder and CEO. The company was instrumental in growing and developing the e-commerce business at IBM, where Schmidt was responsible for developing the strategy and overseeing the execution of projects. He then left IBM to take over the Account Management portion of the company at Groupon from January 1999 to January 2000. Schmidt then moved on to become the Co-Founder and CEO at Groupon Oceania from January 2011 to March 2012. There, he led the company to success by growing it from a $1 million business to a $45 million business within 3 years.Patrick Schmidt is known for his exceptional interpersonal skills. He has a wealth of knowledge and experience that he brings to all projects he undertakes. Schmidt is known for being able to work efficiently and collaboratively with others, and he is always willing to lend a helping hand. He is also an excellent communicator and is able to communicate complex concepts easily.

There's 95% chance that Patrick Schmidt is seeking for new opportunities

Hemp💚CBD💚...DISRUPTING & FACILITATING NEW WAYS TO COMBAT PAIN AND OTHER HEALTH ISSUES💚 at Realtypath

CEO at Xeltis at Aspivix