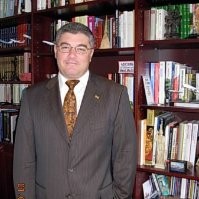 Not the Pascal MAS you were
looking for?

What company does Pascal MAS work for?

What is Pascal MAS's role at Maison France-Tatarstan (assoc)?

What is Pascal MAS's Phone Number?

What industry does Pascal MAS work in?

Pascal Mas has positions in business development, international trade, marketing, management, new business development, international sales, market analysis, strategy, management, and international relations.Mas has worked experience in relations tourism, industry of international trade and development, and business development.Mas has worked as a security officer, marketing director, and assistant director in a variety of positions at business entities. From 2009 to 2015, he served as the director of operations at Parismarais, a luxury travel agency. Mas left Parismarais in May 2015 to take the position of manager of the company’s relations with tourism and higher education in the Tatarstan Republic, a constituent country of Russia. From January 2014 to January 2016, Mas was the director of public relations at SOFEXPO, a business congress. From February 1988 to October 1998, he was a secretariat general at the Russian Embassy in Jakarta, Indonesia. From April 1988 to October 1998, he was the assistant director for international relations at the Russian Embassy in Jakarta, Indonesia. From January 2005 to January 2010, Mas was the assistant director for marketing at Garuda Indonesia. Mas is also a former manager at SOFEXPO.

Pascal Mas's professional experiences:Pascal Mas is a professional with over 10 years of experience in the fields of financial marketing, business development, international sales, and business strategy. He has also experience in negotiation, project management, and business development. MAS has an extensive background in French, Russian, and English. He also has a good understanding of emerging markets, business planning, and marketing. Pascal Mas is highly experienced in international trade and has a deep understanding of the business processes involved in the trading of goods and services. MAS has been working in the IT field for over 10 years and has experience in computer system design and development, application programming, and sysadmin.Since he joined Business Club "Nouveaux horizons", he has also been working on a number of web projects and LMS systems.Facebook profile: https://www.facebook.com/pascal.mas.29Twitter account: @maspascal

There's 91% chance that Pascal MAS is seeking for new opportunities

Energon - tech_powered(talent.solutions) # we are hiring! drop me a line # at Energon

Founder and CEO at Senseon Tech Ltd at SenseOn