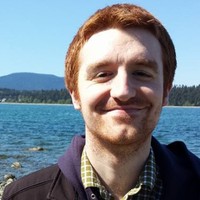 There's 87% chance that Owen Hillis is seeking for new opportunities

Not the Owen Hillis you were
looking for?

Based on our findings, Owen Hillis is ...

Based on our findings, Owen Hillis is ...

What company does Owen Hillis work for?

What is Owen Hillis's role at 98point6 Inc.?

What is Owen Hillis's Phone Number?

What industry does Owen Hillis work in?

Software EngineerDoubleDown InteractiveSeattle, WA, United StatesJune 2013 - September 2015I worked at DoubleDown Interactive from May 2013 to September 2015. During this time, I worked as a Software Engineer. My areas of responsibility included developing software for the company's multiplayer games, as well as developing software for the company website. My work in developing software for the company website included creating a server-side application that communicates with a backend application, creating a user management system, and developing a front-end interface for the website. I also served as a project leader for some of these projects.I most notably developed a new user management system for the company website. This system allowed players to manage their accounts, change their settings, and Oddjobs. I also developed a new front-end interface for the website. The interface was designed to be user-friendly, and it allowed users to interact with the company's products, as well as its staff. My partners and I worked hard to make this system as user-friendly as possible, and it was a great success.

Consultant Immunologist at The Wesley Hospital

HR recruitment specialist for permanent and contract assignments. Offering a tailored approach to find the right talent at LPS Consulting

Looking for my oportunity in Sydney at LEGO Group

I am a holistic engineer and security enthusiast who can show you how to deliver value with software quickly and safely. at Readify