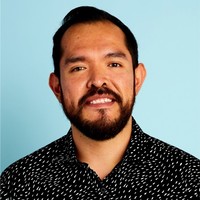 There's 88% chance that Oscar Martinez is seeking for new opportunities

Not the Oscar Martinez you were
looking for?

Based on our findings, Oscar Martinez is ...

Based on our findings, Oscar Martinez is ...

What company does Oscar Martinez work for?

What is Oscar Martinez's role at Netflix?

What is Oscar Martinez's Phone Number?

What industry does Oscar Martinez work in?

Oscar Martinez has a B.A. in Business Applications Programming from UCLA Extension. Martinez has worked in a number of different jobs throughout his career which has given him a strong base of knowledge and skills. Martinez is highly experienced with many different software programs and is confident in his ability to immediately improve the efficiency of any business.

Engineering Lead at Slack at Slack

Chairman and CEO at Stryker at Parker Hannifin

Building backend at Stash at Stash

President and CTO at Plaid at Plaid

I write stories and solve problems. at CloudMine

Continuing to fight against cancer at Astex Pharmaceuticals (US)

Software Engineer at Circle at Circle