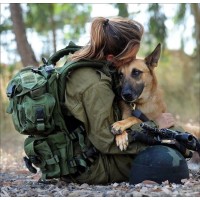 There's 90% chance that Ori Shalev is seeking for new opportunities

Not the Ori Shalev you were
looking for?

Based on our findings, Ori Shalev is ...

Based on our findings, Ori Shalev is ...

What company does Ori Shalev work for?

What is Ori Shalev's Phone Number?

What industry does Ori Shalev work in?

Background:Ori Shalev was born in Israel in March 1987. He was educated at Hebrew University of Jerusalem and the Hebrew University of Jerusalem School of Business. In 2003, he started his professional career as a software engineer at IBM. He moved to the United States in 2007, and worked there for 1 year 10 months as a team leader at Bzeek. From there, he moved to the IDF Intelligence Corps in 1997, and worked there until 2003. He then moved to Pure Storage in May 2013 to become a software engineer there. Ori Shalev is currently a software engineer at Uber in the San Francisco Bay Area. From October 2017 to March 2019, he worked at Facebook as a software engineer. Ori Shalev also started a company called Resnooze in May 2008, which is a free web service for easily creating recurring email reminders for yourself.

Ori Shalev's education has focused on computer science, specifically on the field of naturally based programming. Ori Servais, the head of Tel Aviv University's Department of Computer Science and holder of the 2007 prize for best paper in the field of programming, has said: "Ori Shalev has a deep understanding of how mathematics and computer science advisor systems can be used to solve problems and automate stupid processes. This makes him a guru in the field, and I'm grateful to him for all the guidance he's given me." Ori had several top awards and distinctions during his academic career, including 3rd place in the 2002 ACM

CEO and co-founder Scribbr at SCRiBBR

Securing the Applications that Power the Enterprise. at AppOmni

Global Head of IT Security at VTB Capital

Talent Manager at Jigsaw XYZ - “We Are Hiring Node & React Engineers (no agencies)” ? at Coded People

VP of Software Engineering at Epirus at Epirus

Engineering at GoodRx at GoodRx