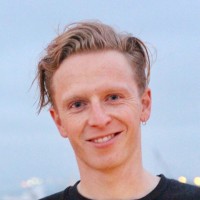 Not the Oliver Lammas you were
looking for?

Based on our findings, Oliver Lammas is ...

Based on our findings, Oliver Lammas is ...

What company does Oliver Lammas work for?

What is Oliver Lammas's role at Aurora?

What is Oliver Lammas's Phone Number?

What industry does Oliver Lammas work in?

­Oliver Lammas is aSeniorData Scientist at Zipcar from January 2015 to May 2015 (5 months) in London. Designing and building the KPI reporting mechanism that drives every decision the company makes. Analyst at Claranet from July 2014 to December 2014 (6 months). Responsible for building algorithms to check service over broadband lines vs what the consumer is paying for and what the supplier is providing. Data Scientist at Zipcar from May 2015 to May 2017 (2 years 1 month) in London, United Kingdom. Driving and defining the future of data science at Zipcar by working closely with Data Scientists and Data engineers in San Francisco Proactively tackling large and intricate business problems by performing analyses on complex large datasets to drive tangible business change; using statistical skills, machine learning and business acumen to ensure Zipcar continue to lead in a changing marketFinding creative solutions to challenging business problemsOwning projects from start to end – defining the problem, collecting the data, performing analysis and presenting insight and results to influence stakeholders to create positive change within ZipcarWorking collaboratively with product and engineering in San Francisco & Boston. Co-founder and Data Scientist at Sust-it – simply efficient shopping from January 2007 to July 2014 (7 years 7 months). Sust-it ranks home appliances by what they cost to run. By gathering, analysing and presenting data on washing machines, tumble dryers, fridges and even cars, Sust-it has become the go to websites for impartial green advice.As the data scientist, I was responsible for -- Creating algorithms to rank products by their true efficiency- Building out the data architecture- Data collection and storage- Producing in-depth analyses and infographics to advise both the business and consumers- Liaising with a team of graphic designers and programmers to maximise usability of the website.

There's 93% chance that Oliver Lammas is seeking for new opportunities

at at Coventry Engineering

at at BNP Paribas

Head of HR at Reed at REED

Director of Business Development at WAV, Inc. at Hutton Communications

Associate Director, IT Enterprise Sourcing & IT Procurement at UHG at UnitedHealth Group

Specialist in providing effective solutions for Waste and Recycling Management at Glasdon, Inc.

Head of US Operations/Manufacturing at The Kraft Heinz Company

Director of Marketing at Aaron's, Inc.

Director of Strategy & Innovation at Macy's at Macy's