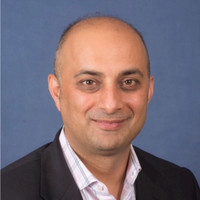 Not the Nikunj Jinsi you were
looking for?

Based on our findings, Nikunj Jinsi is ...

Based on our findings, Nikunj Jinsi is ...

What company does Nikunj Jinsi work for?

What is Nikunj Jinsi's role at IFC / World Bank Group?

What is Nikunj Jinsi's Phone Number?

What industry does Nikunj Jinsi work in?

Nikunj Jinsi's current work experience at Paradigm Porter Novelli started from 1995. He was managing director at Asian Venture Firm - Singapore from January 1999 to October 2003. He was associate director at Asian Investment Banking from June 1995 to December 1998. He was global head for Clean Technology Investments at IFC / World Bank Group. He also has experience in Venture Capital, Private Equity, and Clean Technology.

Life and Career Path:Nikunj Jinsi was raised in India, and was initial educated in education. After completing his undergraduate education, he moved to the United States in order to gain his graduate degree in business from Stanford University. Upon his return to India, he started his own business in his home country. From there, he migrated to the United States in order to take his latest business degree and start his own business there. He currently resides in the Boston, Massachusetts area and is in the early stages of developing his new business.During his undergraduate education, Nikunj exposed himself to many different types of business models, allowed himself to grow comfortable with working in a team environment, and learned how to manage difficult interactions both with customers and with other employees. After his undergraduate education, he knew that he wanted to go into business full time, so he decided to move back to India and start his own business. However, he quickly decided that he was not ready for this type of business. He decided to complete his graduate degree so that he could move back to the United States and take his expanded knowledge in business and manage a larger team. He currently has his graduate degree and is in the early stages of starting his own business in the United States.Since moving back to the United States, Nikunj has prepared himself for the numerous business challenges that are soon to come. He has resumed his paid work experience and has taken on numerous project-based assignments, in order to gain deeper knowledge about the business world. He has also increased his online presence, in order to connect with potential and current customers in a more personal way. He knows that he is not ready to start a full-time business yet, but he is steadfast in his belief that he is ready for the next step in his business journey.

Nikunj Jinsi's Prior Professional experience:Nikunj Jinsi has a B.Tech degree in Science and Technology Management from Marshall School of Business,Mumbai, India in 1993. He has been working in the technology field for 8 years and has held different positions of responsibility in various organisations. He has been working in the industry of venture capital & private equity for the past two years. He is now a Owner at Paradigm Porter Novelli from July 1995 to December 2002 and has been associated with the company as a Managing Director since January 1999. He has been also a Managing Director at Asian Venture Firm - Singapore from January 1999 to October 2003. From June 1995 to December 1998, he was a Global Head of Clean Technology Investments at IFC/World Bank Group. He has also worked in other departments of the organization such as Corporate Strategy, Development Economics and Strategic Planning.

Ranked #194 out of 3,871 for Global Head for Clean Technology Investments in Washington

There's 78% chance that Nikunj Jinsi is seeking for new opportunities

Chairman of the Board of Directors of Various at CXO Collective

Entrepreneur | Executive | Investor | Advisor at Jobs for the Future (JFF)