Working at one of the worlds most Ideal place 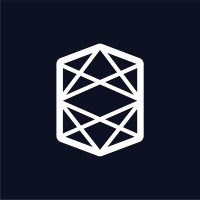 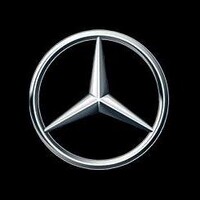 Not the Nikhil Kulkarni you were
looking for?

Based on our findings, Nikhil Kulkarni is ...

Based on our findings, Nikhil Kulkarni is ...

What company does Nikhil Kulkarni work for?

What is Nikhil Kulkarni's role at Intuit?

What is Nikhil Kulkarni's Phone Number?

What industry does Nikhil Kulkarni work in?

Nikhil Kulkarni has been working as a full stack web developer for over a year now. He has experience working with Java, Node.js, React, and AWS CloudFormation. In his previous job, he was responsible for developing a back-end for a company's online Channels system. He has also worked on a front-end project that used React and GraphQL.In his current job, he is developing an end-to-end full-stack web solution for a new company.ik is currently a Senior Software Engineer at Persistent Systems from October 2012 to April 2015. He has also worked as a Network Administrator at Motichand Lengade Bharatesh Polytechnic from March 2007 to April 2009 and as a Back End Developer at Vanisun from February 2016 to January 2017.

Nikhil Kulkarni is a Senior Software Engineer employed by Persistent Systems from October 2012 to April 2015 in Pune Area, India. • Developed REST APIs using Java Spring MVC and delivered them in CD (Continuous Delivery) fashion. Nikhil has also made use of custom built framework and added many REST APIs and consumed them. He is also a scrum master for these modules.Designing and developing a solution to perform bulk operations for registerUser, createSubscriber, createSubscription, entitleSubscription, delete, update many others using the existing REST APIs which led to quicker customer migration. He was also recognised by the company as 'You made a difference' for his contribution in increasing the code coverage from 56% to 65%.Nikhil is also AoE's trionfoist for 'Best Practices for Building Developer depots.' In this role, he covered a wide range of topics, from best practices for developing container-based applications, to best practices for deploying web applications, and to best practices for deploying mobile apps.

Ranked #1,293 out of 25,860 for Software Development Engineer II in California

There's 87% chance that Nikhil Kulkarni is seeking for new opportunities

Technical Lead at Simba at Huge

Engineering Leader at Cisco (from acquisition of insieme networks)

Chairman Of The Board at Hibbett Sports

Real Estate Acquisitions and Leasing Specialist at Permit Me, Inc

Helping Businesses Realize Their Full Potential Through Automation at UiPath

Network Engineer at Toys For Bob

Global Talent Acquisition at Self Employed

IT Manager - Channels at Virgin Money

Director of Product, Partnerships at HOMER