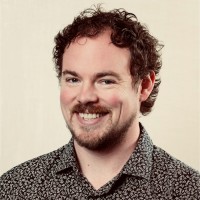 Head of Research at Cloudflare, Inc.

Not the Nick Sullivan you were
looking for?

Based on our findings, Nick Sullivan is ...

Based on our findings, Nick Sullivan is ...

What company does Nick Sullivan work for?

What is Nick Sullivan's role at Cloudflare, Inc.?

Nick Sullivan is Head of Research

What is Nick Sullivan's Phone Number?

What industry does Nick Sullivan work in?

Nick Sullivan is a computer scientist and mathematician who has been working at Google since 2012. Sullivan started working on the Deep Learning project at Google in 2014. Sullivan also served as a postdoc at Tsinghua University from 2016-2018.Sullivan has received several awards and accolades for his work in the computer science industry, including the MacArthur Fellowship in 2018. Sullivan was also a recipient of the Akademia award in 2019.

Nick Sullivan's Summary:Nick Sullivan is a successful cryptographer with experience working in both the research and development stages of cryptographic technologies. He is a security engineer and has worked in many positions at Cloudflare, most recently as the head of research.Sullivan has experience in a variety of industries, most notably in the security engineering field. He has authored numerous patents and is a prolific technical writer for the Cloudflare blog.

There's 76% chance that Nick Sullivan is seeking for new opportunities

Innovation Consultant & Investor at Self Employed

Head of Analytics at Trainline