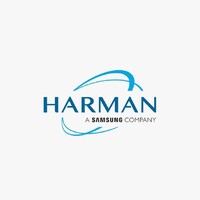 Not the Nick Owen you were
looking for?

Based on our findings, Nick Owen is ...

Based on our findings, Nick Owen is ...

What company does Nick Owen work for?

What is Nick Owen's role at HARMAN International?

What is Nick Owen's Phone Number?

What industry does Nick Owen work in?

Ranked #1,233 out of 24,660 for Vice President of Global Sales, Touring and Live Production Systems, Entertainment in California

There's 94% chance that Nick Owen is seeking for new opportunities

Co-Creator at The Gazette Company

Senior Director of Transformation at PepsiCo at PepsiCo

Sales Executive at Dräger / Director at CSRC at Draeger

designer at Apple at Apple

Innovative education executive, with experience in both higher education and K12 policy, governance and operations. President, Strayer University at U.S. Department of Education