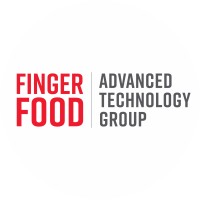 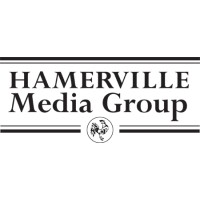 Not the Nick Malaperiman you were
looking for?

Based on our findings, Nick Malaperiman is ...

Based on our findings, Nick Malaperiman is ...

What company does Nick Malaperiman work for?

What is Nick Malaperiman's role at Unity Technologies?

What is Nick Malaperiman's Phone Number?

What industry does Nick Malaperiman work in?

As a marketing leader at Unity Technologies from January 1989 to January 1992, Malaperiman was responsible for developing, implementing, and executing all marketing and advertising initiatives for the company's burgeoning industrial and media and entertainment business. He was also a founder and lead strategist behind TopHouse Media, which was then a small, female-owned media company. During this time, he was responsible for developing and managing all game marketing for Unity's newest video game development studio, Chunky Pig Digital Ltd. Additionally, he was also a senior marketing manager at Electronic Arts (EA) from January 1998 to January 2003, responsible for all marketing and communications efforts for the company's video game development platforms, the X-Box and Playstation.In March 2014, after more than two years at Nokia, Malaperiman transferred to Yummi Media, where he served as the company's Head of Games & Industry Marketing. He also held the position of Director of Communications at DreamCatcher Interactive, where he was responsible for developing and executing all marketing and advertising plans for the company's video game development and distribution businesses.Prior to joining Unity Technologies, Malaperiman was a marketing manager at Electronic Arts from January 1998 to March 2002. He was also a game producer at EA Sports from February 1996 to January 1998.

Leading Marketing for Unity's burgeoning Industrial + Media & Entertainment businessIn Nick Malaperiman’s seven years at Unity Technologies, he’s led marketing for industries, media and entertainment. As Editor at Hamerville Media Group, he was responsible for developing and maintaining the company’s Publishing and Marketing programs, as well as developing and executing marketing plans and strategies. From September 1989 to March 1993, he was also the Founder and Lead Strategist at TopHouse Media, a company that produced and marketed games for both the PC and console platforms.Malaperiman also worked at Chunky Pig Digital Ltd, a company that produced and marketed games for the PC and console platforms. In June 2011, he closed Chunky Pig Digital Ltd., and assumed the role of Head of Games at Chunky Pig Digital Ltd. From March 2011 to May 2012, he was also the General Manager (China/Global) of Yummi Media, a company that produced and marketed games for the PC and console platforms.In March 2004, Malaperiman joined Nokia as Director of Communications. He was responsible for developing Nokia’scommunications strategy, overseeing all aspects of the company’s marketing and public relations efforts. From February 2003 to February 2004, he was also the Marketing Manager at Electronic Arts. From January 1998 to March 2002, he was the Game Producer at EA Sports. From February 1996 to January 1998, he was the Vice President Marketing at Finger Food Advanced Technology Group.From November 2018 to April 2020, Malaperiman was Marketing Director - Industries, Media & Entertainment at Unity Technologies. He also teaches Marketing at the Masters Program at Northern Illinois University.In his work experience, Malaperiman has a strong understanding of marketing and its various facets. He is also an experienced trainer and lecturer, both in-house and at local events. He has also written numerous business articles and pamphlet for various marketing-related establishments.

There's 74% chance that Nick Malaperiman is seeking for new opportunities

Board Advisor, Cloud Leader at H2O.ai

Sr. Director of Sales | The Busyness Doctor™ at HI-LEX

My strength : My 20 years experience in Information Technology, System and Social Media.. at Edubridge Live