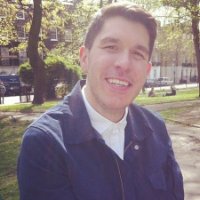 Junior Developer @ From March 2015 to Present (10 months) London, United KingdomWeb Developer (internship) @ From November 2014 to February 2015 (4 months) Student @ From August 2014 to October 2014 (3 months) Business Development Manager @ From April 2011 to August 2014 (3 years 5 months) Account Manager, Architectural Review @ The Architectural Review presents a thoughtful, critical and at times provocative vision of contemporary global architecture. Its products, including a magazine, awards and website, provide a richly stimulating source of ideas and inspiration. From May 2003 to May 2011 (8 years 1 month) Business Development Manager @ From 2011 to 2011 (less than a year) Account Manager on Construction News, AJ and AJ Recruitment @ From 2003 to 2009 (6 years)

Looking for a different Nicholas Roberts?