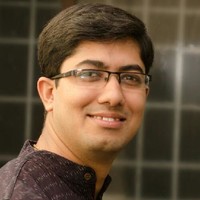 Not the Narasimhaswamy S you were
looking for?

Based on our findings, Narasimhaswamy S is ...

Based on our findings, Narasimhaswamy S is ...

What company does Narasimhaswamy S work for?

What is Narasimhaswamy S's role at Workday?

What is Narasimhaswamy S's Phone Number?

What industry does Narasimhaswamy S work in?

Narasimhaswamy S has been with various companies for 3 years and has expertise in software engineering. He has worked as a Technical Lead at Razorthink, Software Engineer at Kineta Software from December 2008 to January 2012 (3 years 2 months) in Bengaluru Area, India. In his previous positions, he has been graveyard shift Technical Lead and focus on product development. He holds a B.Tech. from Mithila Vidyalaya, Bengaluru, India.

There's 94% chance that Narasimhaswamy S is seeking for new opportunities

Lifestyle and Culture Writer and Editor at Document Journal

Swimming in Big data infrastructure and AI world at Apple

Former CEO of Novartis at Novartis

Doctor of Philosophy (Ph.D.) at Overstock.com