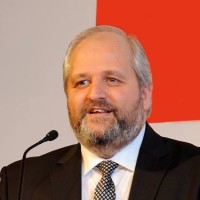 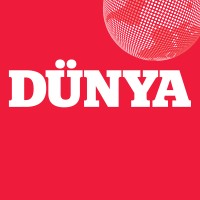 Manager of IT Publications

Managing Director of Dunya IT Publications

Not the Murat Yıldız you were
looking for?

What company does Murat Yıldız work for?

What is Murat Yıldız's role at CXO Medya?

What is Murat Yıldız's Phone Number?

What industry does Murat Yıldız work in?

Murat Yildiz has a graduated in Business Administration from Bilgi University. He has also graduated in English from TAFS School in Istanbul. In his previous work experience, he has held different positions of responsibility for businesses in the media production industry, including CXO Medya Kurucu / Teknoloji Yayıncısı / Girişimci / Kurumsal Teknolojiler ve Dönüşüm / Speaker /CXO Medya Managing Partner / Tech Journalist / Entrepreneur / Trusted Advisor for business tech.Industry of Media Production. In his current role, he is responsible for working on the editorial content of the company's online media outlet, Dünya Gazetesi, and providing strategic leadership for the company's marketing and communications efforts.Murat Yildiz has been with CIO for over six years. He has served on numerous boards and committees,ovsky was responsible for the IT and Messaging portfolio for the company and has helped to shape the company's strategy and strategic partnerships.Murat Yildiz holds a B.A. from Bilgi University - where he studied Business Administration - and an MA from TAFS School in Istanbul - where he studied English.

There's 85% chance that Murat Yıldız is seeking for new opportunities

CEO at Hyfit at HYGEAR

HRBP Manager at Kohl's at Kohl's

We are hiring! Come work with us and make a difference. at Apple

Director at FODS, LLC at FODS

Head of Talent Acquisition-India at McAfee