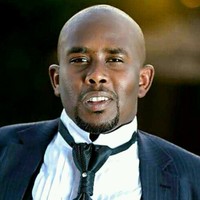 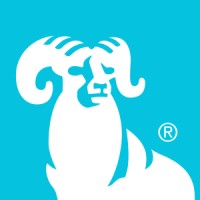 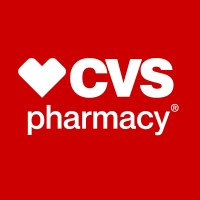 Ranked #252 out of 5,040 for Software Developer in Washington

There's 100% chance that Mohamed Mohamed is seeking for new opportunities

Not the Mohamed Mohamed you were
looking for?

Based on our findings, Mohamed Mohamed is ...

Based on our findings, Mohamed Mohamed is ...

What company does Mohamed Mohamed work for?

What is Mohamed Mohamed's role at CVS Pharmacy?

What is Mohamed Mohamed's Phone Number?

What industry does Mohamed Mohamed work in?

Mohamed Mohamed has experience working in information technology such as software engineering and market research. Mohamed has worked in the past with a company named T. Rowe Price. At T. Rowe Price, Mohamed was a software engineer responsible for designing and implementing distributed, micro-service-based applications. Mohamed also implemented business rules with Apache Spark loading Apache Parquet files from S3. Mohamed's app was developed using the Mesos/Chronos technologies, and was released on the Amazon Web Services platform. Mohamed is also an architect for designing and implementing scalable, secured, optimized & highly available application solutions.

Mohamed Mohamed has a degree in Computer Engineering from Future University, where he worked from 2002 to 2006. Mohamed has experience in the field of computer engineering, working on various projects both in the technical staff and undergraduate students. Mohamed Mohamed is strong in problem-solving, creativity, and change-making.

Mohamed Mohamed's Professional was born and raised in Atlanta, Georgia. Mohamed Mohamed started working as a respiratory therapist in 2009 but soon became interested in the technology industry and decided to pursue a career in software engineering. Mohamed Mohamed obtained his B.S. in Computer Science from the University of Georgia in 2013. He then worked as a software engineer for two years at Capital One where he was responsible for developing and designating highly scalable, distributed, micro-service based applications. At Capital One, Mohamed Mohamed also implemented business rules with Apache Spark loading Apache Parquet files from S3. The app was developed using the Mesos/Chronos technologies, and was implemented using the J2EE design pattern, which he learned from his master's degree. Mohamed Mohamed also actively participated in daily scrum and sprint planning meetings and utilized Hibernate for object relational mapping. He also implemented various design patterns, such as thefront controller, mvc, business delegate, data transfer objects, and data access objects, and wrote application front end using HTML, CSS, and JSP. Mohamed Mohamed was also responsible for generating the web services classes by using Service Oriented Architecture SOA, WSDL, UDDI and SOAP. His project was successfully completed and hejoined Citi Financial as a software engineer.

Global executive and entrepreneur in photonics and electronics technology at Lightwave Logic, Inc.

Head of Talent @ Gladly - Building the team for the future of Customer Service Software at Gladly, Inc.

currently on sabbatical in Boston, formerly Chief Product Officer at Rent the Runway

Director of Product Management at Google at Google

VP of Information Technology at GMMS. at Genoa, a QoL Healthcare Company

Co-Founder at Tenna at Tenna

Planning Department Marketing and Communications Intern at City of Greensboro

--Board Certified Orthodontist at University of Michigan

Chief Engineer at Eaton at Eaton