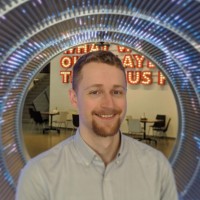 Not the Mike Price you were
looking for?

Based on our findings, Mike Price is ...

Based on our findings, Mike Price is ...

What company does Mike Price work for?

What is Mike Price's role at Zynga?

What is Mike Price's Phone Number?

What industry does Mike Price work in?

Mike Price's education has received critical acclaim and has helped him become one of the most successful entrepreneurs in the industry. At Sir William Mulock, he studied business and computer science, which has equipped him with the skills and knowledge necessary to start and run his own business.Now, Mike is focused on his next challenge. He is a software engineer and Android for engineers. As an Android for engineers, he has the opportunity to work with programs that power the industry's biggest platforms, including the iPhone and Android Mobile World Congress.This experience will help him improve his skills in design, development, product management and user experience. At CodePath, he will also explore new ways to improve his education and industry experience.

In the above list, the highlighted areas are:engineering:-- Senior Software Engineer at Zynga from May 2016 to December 2018 (2 years 8 months)technical:-- Designing and building consumer-facing features from tech spec to release interpersonal:-- Managing multiple successful releases to the iOS app storecommunications:-- Building relationships with customers and engineers intangible:-- Learned new technologies and coordinated my efforts with others

There's 93% chance that Mike Price is seeking for new opportunities

Chairman of the Board på CETAC at The Artist Hunt

Co-Founder & CEO at Sellpy at Sellpy

Code, DevOps and NoEstimates mentor at Iteam at SEB

Sustainability is my passion - sustainable mobility my profession! at Axis Communications