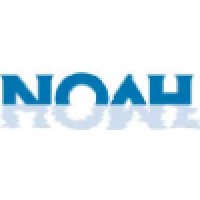 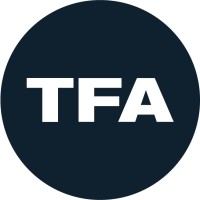 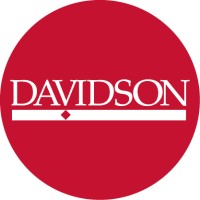 Not the Mike Majzoub you were
looking for?

Based on our findings, Mike Majzoub is ...

Based on our findings, Mike Majzoub is ...

What company does Mike Majzoub work for?

What is Mike Majzoub's role at Adobe?

What is Mike Majzoub's Phone Number?

What industry does Mike Majzoub work in?

Mike Majzoub has experience as a software engineer, marketing and fundraising coordinator, and resident assistant and Freshman Counselor. In these positions, Majzoub was responsible for creating and maintaining a healthy community among 26 college freshmen. Throughout his years of experience, Majzoub has nursed a desire to help others, and has already helped mosaic the lives of many people in a positive way. In his time at Adobe, Majzoub was responsible for developing a multiplayer game with Objective-C, leveraging SpriteKit, Parse, and Facebook SDKs. In Seattle, Washington, Majzoub was a product developer for Adobe and also worked on increasing the company’s growth and infrastructure team focus. As a marketing and fundraising coordinator at NOAH, Majzoub oversaw the community campaigns via social media, phone, and in-person outreach. Lastly, in Mississippi Delta Region, Majzoub designed and implemented curricula for 95 students who were of multiple ability levels and learning styles.

Mike Majzoub's education and work readiness background is as follows: Mike Majzoub has a Master's degree in Computer Science from Brown University in 2014. Majzoub also has a Bachelor of Arts degree from Davidson College in 2006.Majzoub has been involved in the computer industry for the past several years and has worked in various roles at various companies. Majzoub has also had experience with political science and government affairs. Majzoub is currently a technical writer and content creator at his previous company. Majzoub is available now and is looking to join the technical writing and content creation team at his previous company as a technical writer. Majzoub is extremelyexperienced and qualified in this field, and would be a great addition to the team. Majzoub would start work in the near future and is looking to have a long-term career in the technology industry.

Mike Majzoub is a professional software engineer and marketing and fundraising coordinator. Majzoub has experience in software engineering, marketing, and fundraising. He has played an important role in several companies, most notably Adobe, where he was a software engineer. Majzoub most recently worked at NOAH, where he was a resident assistant andFreshman Counselor. In his previous roles, Majzoub has helped design and implement curricula for 95 students of multiple ability levels and learning styles. He is 84% successful on state math exams, compared to only 65% of these same students achieving above “Basic” proficiency the year before. peanut butterpeanut butter

Ranked #194 out of 3,887 for Senior Software Engineer (Teams: Platform and Experimentation) in Massachusetts

There's 91% chance that Mike Majzoub is seeking for new opportunities

President at BLOCK-AID a Blockchain Fintech Company at ANTEC

Committed to Hiring the Nation's Top Healthcare Talent at HCA

Inside Sales Representative at Dell at Dell

Software Engineer at Zillow at Zillow

Interior Design Director, Principal @ Perkins&Will at Perkins and Will

Director of Business Intelligence at EyePromise