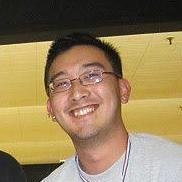 Not the Michael Siu you were
looking for?

Based on our findings, Michael Siu is ...

Based on our findings, Michael Siu is ...

What company does Michael Siu work for?

What is Michael Siu's role at LegalZoom?

What is Michael Siu's Phone Number?

What industry does Michael Siu work in?

Software Engineer at Dekka-Tek from March 2010 to June 2010 (4 months) in Santa Barbara, California Area.Michael Siu had two work experiences that he found particularly interesting. The first involved working on a software project where he was responsible for developing a standalone solution to decouple content from the Drupal website. The second experience involved working on a website built on a different software platform, which involved enhancing and maintaining a series of websites.

- Master's of Science, Computer Science from UC Santa Barbara in 2013 Michael Siu's Background Michael Siu is a computer science graduate from the University of California Santa Barbara. He received his bachelor's degree in 2006 and his master's degree in 2013.He has been working in the software industry for the past two years, starting out as a software engineer. Siu has had a strong interest in teaching and has TeachFor America experience.He has founded and donated to multiple startup companies. In his spare time, Siu enjoys spending time with his wife and two young children.

Michael Siu has a B.S. in Computer Science from University of California, Santa Barbara and an M.S. in Computer Science from the University of Michigan. In his past jobs, Siu has worked as a Software Engineer at Dekka-Tek from March 2010 to June 2010, a PHP Developer at CIO Technologies, Inc. from June 2010 to September 2010, and a Software Engineer at LegalZoom in Greater Los Angeles Area from November 2014 to February2018. Additionally, Siu has past experience as a Junior Drupal Developer/Developer II at Causecast from January 2011 to October 2014 and as a Junior Drupal Developer/Developer III at Causecast from January 2012 to October 2013.

There's 93% chance that Michael Siu is seeking for new opportunities

Software Engineer at Visa at Visa

Making marketing matter, one tactic at a time. • Building Campaigns as Sexy as My Shoes • Strategic Marketing Consultant at Uncommon Marketing Works

Entrepreneurial leader who fosters a culture of innovation, optimism and accountability while aligning business and IT at Veritas Technologies LLC

Supervisor, Search and Social at OMD USA at OMD USA

Software Engineer at Hulu at Hulu