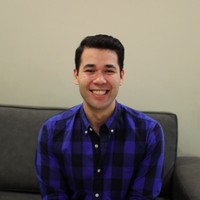 Not the Michael Saltzman you were
looking for?

Based on our findings, Michael Saltzman is ...

Based on our findings, Michael Saltzman is ...

What company does Michael Saltzman work for?

What is Michael Saltzman's role at Engineering Library of Columbia University?

What is Michael Saltzman's Phone Number?

What industry does Michael Saltzman work in?

1. Started working in the software development field. 2. Worked on a library that reads/writes entries from/to a downstream key-value store. 3. Optimized the library to use non-blocking IO and execute in a separate thread pool. 4. Wrote an internal API to correct data store entries for a user when their mailbox location is found to be incorrect/inconsistent across replicas. 5. Created an API for scheduling emails to be sent at a later time using a distributed cron scheduler. 6. Re-engineered existing APIs to use non-blocking IO, including the mailbox creation API. 7. Headed up a project to develop an application that loads and views images in quasi-real time as they are delivered from the detector. 8. Wrote tools to generate graphs and figures for quality assessment of large data sets. 9. Provided functionality to run statistical analyses over image sets and determine correlations between images.

Michael Saltzman's current educational background and work readiness:Since his undergraduate education, Saltzman has focused his professional development on the computer science field. He has a degree from Columbia University in the City of New York, where he earned a B.S. in Computer Science in 2011. subsequently, Saltzman spent several years working in various capacities at Google, Amazon.com, and Facebook. While at Google, he programmed the Google Now app, became a product manager for Wave, and developed the search bar on Android. Additionally, he helped manage the research and development of the Google Now product.In 2015, Saltzman moved to Austin, TX to pursue his professional development in the software engineering community. There, he helped develop and lead the city's first ever software engineering bootcamp. The bootcamp, which aimed to prepare Austin-based software engineers for the competitive market, was a great success, and Saltzman has since returned to Austin to continue his work in the software engineering field.Saltzman enjoys working with new and innovative technology, and his experience in the computer science field has taught him that using technology to solve problems is a regular feature of his work. This is evident in his recent work in areas such as deep learning, artificial intelligence, and blockchain technology.Saltzman is highly prepared for the software engineering field, and his experience with bootcamps and the Austin software engineering community has shown him that he is a great asset to any team. He is currently working on developing a platform which allows programmers to create their own toolchains and containers, and he is poised to join the ranks of the industry's most experienced and successful graduates.

u/strategist8207 provides an excellent breakdown of how Saltzman is an expert when it comes to technical aspects of software development. He points to Saltzman's experience with Chaco as being particularly valuable, as this software allows for Python to be used to analyze X-Rays diffractionograms. From there, Saltzman was able to create a user interface to allow for automated quality assessment of large data sets, as well as analyze correlations between images. Lastly, Saltzman was able to port thetheme from HTML to ExtJS for reuse throughout the application. This demonstrates his great technical knowledge and ability to create intuitive user interfaces.

There's 100% chance that Michael Saltzman is seeking for new opportunities

You can customize this invitation at Alion Energy, Incorporated