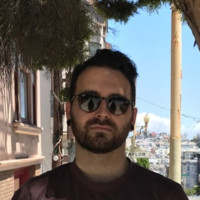 Not the Michael Larson you were
looking for?

Based on our findings, Michael Larson is ...

Based on our findings, Michael Larson is ...

What company does Michael Larson work for?

What is Michael Larson's role at AgileEngine?

What is Michael Larson's Phone Number?

Michael Larson's Technical skills:Michael Larson has a background in iOS development and is currently a Middle iOS developer at AgileEngine from April 2013 to September 2016. He is specifically interested in React Native and Node.JS development, and is proficient in data integration and communication writing RESTful APIs. Michael Larson also has some experience in mobile development, having been a lead React Native developer at AgileEngine from August 2010 to April 2013. In his previous roles, he had responsibility for building and maintaining iOS apps and leading a team of awesome developers to make the products they produced well-polished.

There's 100% chance that Michael Larson is seeking for new opportunities

We ignite opportunity by setting the world in motion. at Facebook

VP Marketing at Trulia at Trulia

CFO at GIPHY at Fullscreen, Inc

Head of Recruiting at Nest at Nest Labs

Talent at Affirm! at Affirm, Inc.

Co-Founder and CEO of Button at Button

Software Engineer at Microsoft at Google

Hardware Engineer at Cisco at Cisco

Co-Founder And Chief Architect at Emogi

Doctor of Optometry at Manteca Optometry