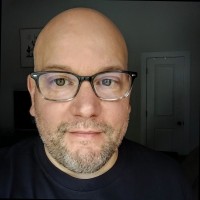 Not the Michael Gazda you were
looking for?

Based on our findings, Michael Gazda is ...

Based on our findings, Michael Gazda is ...

What company does Michael Gazda work for?

What is Michael Gazda's role at IBM?

What is Michael Gazda's Phone Number?

What industry does Michael Gazda work in?

Michael Gazda works in the Information Technology and Services industry.

From his work experience and education, Michael Gazda brings a wealth of technical skills and experience to the table. Michael Gazda has a B.S. in Electrical Engineering from Connecticut Institute of Technology and a Master's in Computer Science from American University. As a senior performance engineer at Paddy Power, Michael Gazda was responsible for developing and maintain the systems that power gaming events across the world. He also had the opportunity to work with Fidelity Investments, where he was responsible for developing and maintaining the systems that handle customer account information, such as irritating "energy" bills and investor reconciliations. Finally, Michael Gazda spent 3 years as a Principle Performance Engineer at EMC, where he was responsible for developing and maintaining the systems that manage the fiveforms of customer data (credit cards, bank account, account numbers, shipped products, and order status).Despite his wide technical experience and fluency in multiple languages, Michael Gazda is an excellent working team player and is known for being on-point, detail-oriented, and able to communicate with large groups of people. He has been a speaker at various conferences and is comfortable working with teams of 4-5 people. Michael Gazda also always has a positive attitude and is quick to learn new tasks.

There's 94% chance that Michael Gazda is seeking for new opportunities

Floor Coverings International at The Village Church of Dunwoody

Associate at Carlson Caspers at Medtronic

I write stories and solve problems. at CloudMine