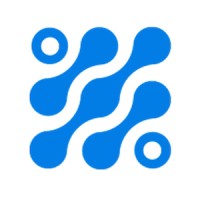 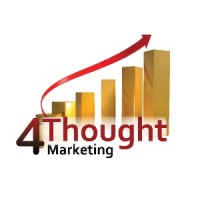 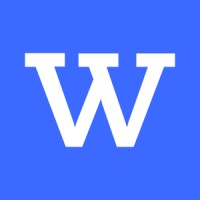 Not the Michael Fung you were
looking for?

Based on our findings, Michael Fung is ...

Based on our findings, Michael Fung is ...

What company does Michael Fung work for?

What is Michael Fung's role at ABMarketing Leads?

What is Michael Fung's Phone Number?

What industry does Michael Fung work in?

Executive Demand Generation and Revenue professional specializing in MarTech, lead generation, and automation. Industry of Marketing and Advertising Michael Fung is currently a Sales Director & Consultant at ABMarketing Leads. Sales Director & Consultant at Computer Associates from January 2004 to January 2006. Senior Account Executive at BlueBird Strategies from May 2014 to March 2015. VP of Strategic Accounts at 4Thought Marketing from May 2015 to December 2017. Co-Founder & Principal at Iron-Point Marketing from January 2011 to February 2014. Account Executive at WebTrends from January 2000 to January 2004. Account Executive at Internet Professionals and Network Solutions from January 1998 to January 2000. Hybrid Experience - Account Director at PFL.com. Senior Director & Consultant at ABMarketing Leads from February 2014 to December 2021. Sales Director, North America at SalesboxAI from March 2018 to September 2020. Chief Solutions Officer at BlueBird Strategies from May 2014 to March 2015. Director of Business Development at Rubicon Marketing Group from February 2007 to September 2010.

Michael Fung's current education and work readiness:Michael Fung is a communication enthusiast with a BS from Portland State University. After graduating from college, he spent the next several years working in various capacities in the Communication Industry, ultimately coming to his current position as a Principalalyst at Mizuho Securities Services. In this current role, Michael oversees a large media and entertainment client base throughout Japan and is highly involved in the company's day-to-day operations.Michael's years of experience in the Communication Industry have taught him a much-needed attention to detail and a deep understanding of the business. He has a keen eye for detail, which is evident in his Manyō kyōsei kanbun, which is highly respected in the Japanese market. Furthermore, he is highly experienced in project management, having overseen projects ranging from simple website updates to large ambassadorial events. These years of experience have also bolstered Michael's work readiness, which is shown in his self-starter mentality and ability to immediately jump into new projects.Michael's skillsetalon includes excellent communication abilities, project management, and customer service. He is an accomplished writer andarrers to write clear and concise reports, providing value to his clients. Given his experience and skillset, Michael is ideally suited for a leadership or information technology role in a company. He is a motivated individual with the drive and ambition to succeed.

Michael Fung's three most notable accomplishments in business include being an executive demand generation and revenue professional, lead generation and automation expert, and accounts executive at variouscube, computer Associates, and BlueBird Strategies.Fung holds a B.S. from Pomona College and a Master's in Accountancy from UCLA. From 2006-2008, Fung was a senior account executive at computer Associates. From 2003-2004, he was a senior sales director and consultant at ABMarketing Leads. From 2002-2003, he was an account executive at Internet Professionals and Network Solutions. Fung has also listed a significant amount of experience in the areas of marketing and advertising, sales director at salesboxAI, and business development at Rubicon Marketing Group. In total, Fung has held multiple positions in the business world, both in private and public companies.Fung has been a prolific writer, having written over 10 articles and several dozen blog posts. He has released two books, Kevin Trudeau's The Lean Startup and The Boston Consulting Group's sixty nine Laws of Marketing. In addition, he has given dozens of presentations throughout the United States, Japan, and other countries, and has even been featured on Boulevard Magazine and the Velocity Quarterly.

There's 90% chance that Michael Fung is seeking for new opportunities

CEO of NOAH and Activist for a better world at NOAH Advisors Ltd.

C-
Craig Rootman -🔥Fire It Up🔥

💢Happiness Hustler💢 at Fire It Up

owner at faryal group of companies