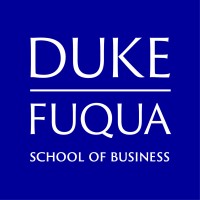 Not the Meredith Conder you were
looking for?

Based on our findings, Meredith Conder is ...

Based on our findings, Meredith Conder is ...

What company does Meredith Conder work for?

What is Meredith Conder's role at Fuqua School of Business?

What is Meredith Conder's Phone Number?

What industry does Meredith Conder work in?

Meredith Conder's education and experience in the education industryroughly spans the years 1979-2008. Her education came from Clemson University where she earned a B.S. in Business Administration in 1992. Conder followed up her education with a few years of experience working in business administration before moving onto a teaching career. In her teaching career, Meredith Conder has taught at multiple universities, including Duke University, where she was the Executive Director of Duke Executive Education from 2006-2008. Additionally, from January 2008-May 2008 MeredithConder was the interim Executive Director at Duke University. In her teaching career, Meredith Conder has been influential in the education field by developing and implementing business-related training programs for various universities.

Ranked #230 out of 4,609 for Director, Business Development, Executive Education in North Carolina

There's 76% chance that Meredith Conder is seeking for new opportunities

Let's Build, Together. at WYL (WhoseYourLandlord)

Co-Founder at ICON at Saturn Five

President, US Distribution at Synnex at SYNNEX