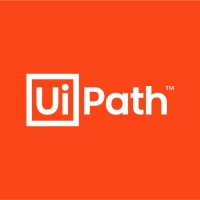 Not the Matthew Hakaim you were
looking for?

Based on our findings, Matthew Hakaim is ...

Based on our findings, Matthew Hakaim is ...

What company does Matthew Hakaim work for?

What is Matthew Hakaim's role at UiPath?

What is Matthew Hakaim's Phone Number?

What industry does Matthew Hakaim work in?

Matthew Hakaim has over 10 years of experience as a bartender and recruiters, totaling more than 7 years as an executive sourcing recruiter and account manager at GameRecruiter.com. Matthew also has experience as a career coach and organizational transformation strategist. In 2008, Matthew joined Landmark Education as a program manager. From January 2007 to January 2008, Matthew managed, enrolled, and registered senior courses.

Matthew Hakaim's notable accomplishments include the following:Lead Recruiter at Electronic ArtsMcAfee Cyber Security Cyber Security • Matthew Hakaim is a recent graduate of Northeastern University with a B.S. in Business Administration. Hakaim has more than 10 years of experience working in the business world, starting with lead recruiter at Electronic Arts. Hakaim worked as an account manager and vettinglees at GameRecruiter.com and then as a career coach at Coaching4Business.Net. Hakaim also served as a senior administrator at Landmark Education, managing, enrolling, and registering senior courses. Hakaim is a highly skilled and efficient leader, and has unparalleled experience in the area of cyber security.

There's 87% chance that Matthew Hakaim is seeking for new opportunities

Time Magazine's Person of the Year, 2006 at Spreetail

Establishing cannabis as a force for good at PAX

We help turn sick kids in hospital into superheroes!💥⚡️ at The Fair Fight Foundation