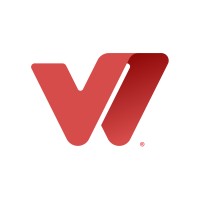 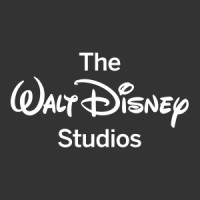 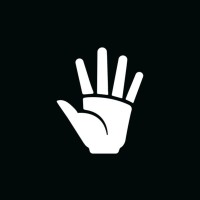 Not the Matt Farmer you were
looking for?

Based on our findings, Matt Farmer is ...

Based on our findings, Matt Farmer is ...

What company does Matt Farmer work for?

What is Matt Farmer's role at Wizeline?

What is Matt Farmer's Phone Number?

What industry does Matt Farmer work in?

A. QA Test Engineer at Zeemote, Inc. from 2009 to 2009 (less than a year).B. Platform Engineer at EMC from January 2006 to March 2008 (2 years 3 months).C. Engineer Intern at Cecropia Inc. from September 2004 to May 2005 (9 months).D. Senior Engineer at Wizeline from August 2018 to July 2019 (1 year) in Remote.E. Board Member at Sequoyah Heights HOA. Sequoyah Heights is a home owners association that covers 174 units in the southern Oakland Hills.F.Freelance Web Developer at mattfarmer [dot] net from January 2009 to November 2010 (1 year 11 months).G. Self employed web developer focused primarily on PHP development using the Symfony framework, but also doing PSD to HTML/CSS conversions and AJAX development using jQuery. H. Virtual Delivery Center Lead at Wizeline in Remote.I. Responsible for leading and monitoring the health and welfare of our remote workforce in line with the same metrics used for a physical center. J. Senior Consultant at Wizeline from February 2018 to July 2018 (6 months) in Remote.K. Wizeline office location: Guadalajara, Mexico.L. Developed a React Native news feed application as a proof of concept solution to potentially replace their custom built iOS and Android applications.M.Reviewed, advised, and mentored members of their API team to create solutions that could scale to 300M requests/day.N.Created a React frontend frontend to display and filter business relevant data from machine learning engine.O. Senior Engineer at The Walt Disney Studios from February 2016 to April 2018 (2 years 3 months) in Oakland, Ca. P.Aug 2016 - Apr 2018Promoted to lead a team of 3 inclusive to create suite of "back-office" tools for managing the movie ingest, lifecycle, analytics, and reports. Q. Technologies used: React, Redux, Apollo, Normalizer, GraphQL, VideoJS, CSS Modules, Docker, Gitlab-CI.R. Instructor at AcademyX Computer Training from February 2016 to February 2016 (1 month) in San Francisco. S. Created material for and instructed a two day class on Node.js.T. Targeted at those familiar with Javascript but new to Node.js.U.The class started with the essentials, and worked it's way up to creating a simple chat application using Express and Socket.io, which was then deployed on Heroku.V. Sequoyah Heights is a home owners association that covers 174 units in the southern Oakland Hills.W.Senior Engineer at Wizeline from August 2018 to July 2019 (1 year) in Remote.X. CTO at Formative (goformative.com) from October 2014 to December 2015 (1 year 3 months) in Remote.Y. As CTO of GoFormative, my primary responsibility

*Formative (GoFormative.com). *Use All Five (UASF410.Formative.com). *Google (Art, Copy & Code, Client Program, South Korea, Seoul, George Washington Univ., Smithsonian Institution). *Twitter (). *Macy's (Macy's Novo Rey) *eSurance ( eSurance, Death & Taxes, Weekly Statement) *Doritos (Doritos, Atacama pepper,rito 2006).Matt Farmer has experience developing software from scratch, technical expertise in React and Redux, experience in front-end development in React and HTML/CSS, experience with Node.js, and experience teaching.Matt Farmer is professionally experienced as a QA Test Engineer at Zeemote, Inc, from 2009 to 2009, and as a Platform Engineer at EMC, from January 2006 to March 2008. From September 2004 to May 2005, he was an engineering intern at Cecropia Inc. from September 2004 to May 2005. He is currently a senior engineer at Wizeline from August 2018 to July 2019. Farmer is also a board member at Sequoyah Heights HOA.

There's 89% chance that Matt Farmer is seeking for new opportunities

Consultant/Advisor at LDS Consulting at Everlane

Founder and CEO, Minted.com at Yelp

Partner at 500 Startups, Investing in the MENA Region, Helping to build regional ecosystems

Data Science and Analytics at Looker at Looker