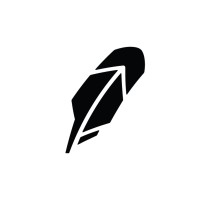 Not the Mark Rietveld you were
looking for?

Based on our findings, Mark Rietveld is ...

Based on our findings, Mark Rietveld is ...

What company does Mark Rietveld work for?

What is Mark Rietveld's role at Robinhood?

What is Mark Rietveld's Phone Number?

What industry does Mark Rietveld work in?

Mark Rietveld's educational background and work readiness overview:Mark Rietveld has a bachelor’s degree in computer science from the Dutch university Saxion Hogescholen. He then completed a minor in Advanced Algorithms from the Twente University in 2011. In addition to his education, Rietveld has worked as a software engineer for the last few years.This experience allows Rietveld to have a clear understanding of how computers work, as well as an understanding of how the software industry works. He is also well-prepared to handle challengingworking environments.Rietveld has mainly worked in the software engineering industry, but is also comfortable working in other industries. His experience of working in teams gives him a good understanding of how to work with other people.If Rietveld is offered the chance to leave his current job, he would definitely be prepared for it. Rietveld is also comfortable working in a number of countries, so he would be able to relocate to a number of different locations easily.

There's 92% chance that Mark Rietveld is seeking for new opportunities