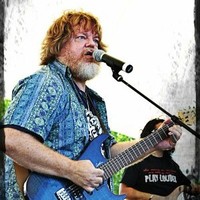 Not the Mark Jeghers you were
looking for?

Based on our findings, Mark Jeghers is ...

Based on our findings, Mark Jeghers is ...

What company does Mark Jeghers work for?

What is Mark Jeghers's role at ThreatMetrix?

What is Mark Jeghers's Phone Number?

What industry does Mark Jeghers work in?

Mark Jeghers works in the Information Technology and Services industry.

Mark Jeghers has 8 years of experience in the software engineering field, which has led him to develop sophisticated user interfaces for wireless systems and appliances. He has also conducted research and development for several product development efforts, which has given him experience in developing CONFIGURE Templating capabilities for multiple web-based platforms. In addition, he is an experienced software architect who has contributed to design and development of RFMS, a large AJAX-based web UI for Enterprise-level Management of wireless infrastructure.

There's 90% chance that Mark Jeghers is seeking for new opportunities

Business Builder and Coach at Health and Nutrition

Head Of Security at DigitalOcean at Accenture

Systems Engineer for AWS at Amazon