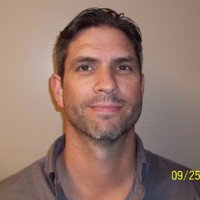 Not the Mark Mers you were
looking for?

Based on our findings, Mark Mers is ...

Based on our findings, Mark Mers is ...

What company does Mark Mers work for?

What is Mark Mers's Phone Number?

What industry does Mark Mers work in?

Mark De Mers has been working with HR Recruiting and Operations Management for over 10 years. He has experience in both staffing and recruiting for medium to large corporations. During his time working with HR Recruiting, Mark has Done everything from customer service to organization development. In his previous roles, he has also developed systems and processes to improve efficiency and customer service. His biggest accomplishment in his HR career was developing and leading customer feedback surveys for a staffing firm. In his time as a Recruiting Manager, Mark specialization focuses on Heavy Civil and Commercial Construction and he has also lead searches for both better talent and more affordable rates.Mark De Mers is a hard worker who Chiefly enjoys nothing more then taking charge. He has a passion for helping others succeed and is always looking to improve upon what he’s seen in the past. When it comes to HR, Mark is CEO material and his level of detail is outstanding. He enjoys being able to see the big picture and figuring out how things can be improved, even if that means sacrificing a little bit of his own time.Mark DeMers resides in the Midwest and has a wife and 2 children.

There's 93% chance that Mark Mers is seeking for new opportunities

"We Bring Lives to Your Business" at Vistage Worldwide, Inc.

Director of Recruiting at Fastly

A member of Board at Hezare Tadbir Group

Transforming campus & city mobility, one electric 🛴scooter at a time.