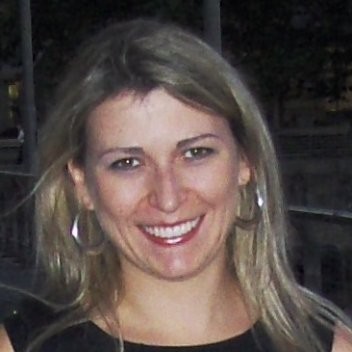 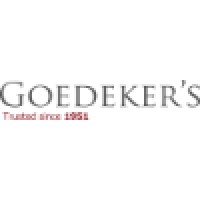 Not the Maria Johnson you were
looking for?

Based on our findings, Maria Johnson is ...

Based on our findings, Maria Johnson is ...

What company does Maria Johnson work for?

What is Maria Johnson's role at PepsiCo?

What is Maria Johnson's Phone Number?

What industry does Maria Johnson work in?

I was born and raised in the Houston area. I spent my early years growing up in the Baytown side of Houston, and then went to school in the Houston Heights. I graduated from Rice University with a degree in business administration and then worked for 3 years in finance before coming to the United States. I worked in accounting and finance before moving to jobs in the Pearl Group before I met my future husband, which was when I started working at John Hardy, where I worked as aVP of finance. I then worked at Cheetah Digital as VP of finance until January 2018, where I moved to New York as Director, Financial Planning & Analysis. I worked at PepsiCo as Head of Financial Operations from December 2012 to January 2015 and then as Director, Corporate FP&A at Hewlett-Packard from November 2011 to December 2012. I also work at Latin America Multi-Country Area Divisional CFO - Imaging and Printing Group at Hewlett-Packard from October 2008 to October 2011 and at Latin America Indent Sales Controller at Hewlett-Packard from September 2007 to December 2009. I also have experience as an Internal Audit Lead at Hewlett-Packard from February 2004 to September 2007 and Internal / Joint Interest Auditor at ExxonMobil from October 2000 to February 2003.

Maria Johnson has a BA from the State Academy of Management in 1989, and an MBA from the University of Texas at Austin in 1996. She also holds a MA from Southwest Texas State University in 1994.Johnson has worked mostly in finance, specifically in the area of speech communication. She has experience in a variety of industries, including the healthcare industry, the technology sector, and the mass transit industry. In her previous positions, Johnson has received excellent marks for her work readiness, both in terms of her ability to generate solutions to complex problems and her Levels of Conceptual Intelligence.

Maria Johnson's Professional and Technical Abilities:Maria Johnson is a Senior Auditor with over 10 years of experience in the Audit industry. She is known for her skills in financial planning and analysis, and is also particularized in financial management systems and auditing.Johnson is also an excellentCommunicator and has the ability to effectively communicate with different stakeholders. She is an effective problem solver and has the ability to work independently and as a team.Johnson has a strong emotional appeal and is known for her ability to care about her clients and work long hours. She is also a strong leader and has a demonstrated ability to motivate her team.Johnson has both experience and/or pedigree in key federal or state government organizations. Her previous experience in the customer service field prepared her well for her current role as Senior Audit Consultant at Eagle Global Logistics.

Ranked #446 out of 8,920 for Director, Financial Planning & Analysis in New York

There's 71% chance that Maria Johnson is seeking for new opportunities

Talent Acquisition at Airbnb at Airbnb

Asia Pacific VP of Legal at Google at Google

CIO at ASM at ASM

Entrepreneur with a passion in Health, Digital Marketing, Analytics and all things Cool! at Neeuro

director, Head of Data Science at Visa at Visa

You can customize this invitation at Nord Anglia Education

Branch Manager at Bring at Bring

IT Consultant at EasyPark Group at Veroveli

VP, Marketing and Business Development in EMEA at VeriFone at VeriFone