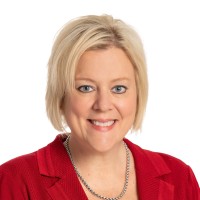 Based on our findings, Margaret Lea Lee is ...

Based on our findings, Margaret Lea Lee is ...

What company does Margaret Lea Lee work for?

What is Margaret Lea Lee's role at HCA?

What industry does Margaret Lea Lee work in?

Margaret Lea Lee has a BSN from the University of Alabama in 1984 and an MA in Nursing from the University of Southern California in 1998. After a year of graduate school, she returned to the University of Alabama to complete a Doctor of Nursing Practice program in 2002.Margaret Lea Lee has been working as a Registered Nurse since 1984. She has worked as a Night Nurse, Food Service Technician, rush nurse, shift switch, and part-time Staff Nurse at various hospitals and medical centers. In 2006, she was assigned as an Assistant Nurse Manager to the Vice President of Nursing at a Community Health Systems (CHS) hospital in Petersburg, Virginia. She focused on responsibilities such as developing policies and programs and providing burnout prevention counseling to nursing staff. From September 2004 to September 2007, she was an Associate Chief Nursing Officer at HS RMC in Petersburg, Virginia. She had responsibility for the care of patients and the development and implementation of physician-assisted care plans. In her role at HS RMC, Margaret Lea Lee met and worked with a wide range of patients, from non-acute pediatric patients to adults. She also served as the Nursing Director for Chippenham Hospital in Richmond, Virginia from September 2007 to April 2013. There, she was responsible for the care of patients in the hospital’s three phases of care- acute care, mental health, and pediatric. As Nursing Director at Chippenham Hospital, Margaret Lea Lee developed and implemented patient care plans with the help of the hospital’s health care team. In addition, she also worked with the patient care teams of two local comprehensive hospitals and delivered policy speeches to advocates and healthcare professionals.

Ranked #182 out of 3,637 for Chief Nursing Officer-LewisGale Medical Center in Virginia